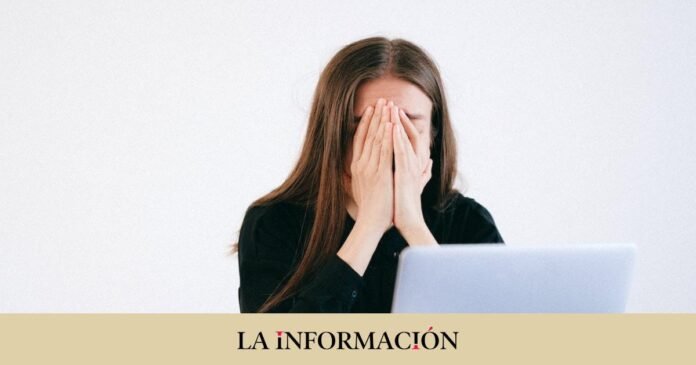 The National Institute of Statistics has published devastating data: 4,003 people committed suicide in Spain last year. It is the highest value recorded since 1980, when the statistical institute began to monitor it, so experts are trying to find the causes behind figures that occur in a year marked by the ravages of the crisis generated by the pandemic. Although this time with the precedent that several international investigations have found a positive association between economic uncertainty and an increase in the suicide rate in a given country.

Suicide is a complex phenomenon both to conceptualize and to measure, explains José Antonio Llosa Fernández, Doctor of Social Psychology and Professor at the University of Oviedo. On the one hand, the academy suspects that these data are underestimated, since there are situations in which it is difficult to discern whether there was that intention behind the death, such as in some traffic accidents. And on the other, each suicide is a phenomenon in itself that responds to specific factors that have to do with the experience of that individual and that cannot always be extrapolated.

Suicides rise in almost half of age groups

The data for 2021 show an upward trend in almost half of the age groups in the year-on-year comparison (9/20) and in the 50 to 54-year-old group the record reached in 2013 has been exceeded, reaching 460 missing persons. Something similar has happened in the range of 60 to 64 years, which since 2013 presents a minimum of 370 suicides each year and has marked its maximum with 356. Also in that of the youngest in the labor market, from 20 to 24 years, between which the total of 126 deaths due to suicidal behavior has been only a value to match the peak registered in 2014, when unemployment was close to 24%.

“For a suicide to occur, there must be a kind of perfect storm, in which a person’s life was affected from multiple poles, which normally unleash as if they were pieces of dominoes, one after another,” says Llosa. Fernández, who has spent a good part of his career investigating this phenomenon, in a telephone conversation with La Información. “But, knowing that there are multiple variables involved, we are certain that economic instability and the feeling of lack of resources and, on the other hand, job insecurity or very long periods of unemployment, are risk variables for ideas suicides and a hypothetical suicide”.

The economic crisis generates a feeling of discouragement

The researcher highlights the role of feelings of hopelessness or discouragement in the face of these economic situations, caused both by macroeconomic situations and by the discourses that are generated about them in the media or in the immediate environment. A kind of generalized negative feeling that impacts the behavior and mood of the individual, which is given by objective conditions such as the money that is saved in the bank or the type of employment contract with which it has and other factors. subjective character that have to do with how the situation is read at a social and individual level.

In addition, Llosa Fernandez has observed that people with greater economic difficulties have greater difficulties in generating the necessary links to ask for help, something that in general terms has been aggravated in the last two decades by the progressive individualization of the bland For the teacher This is one of the reasons that has weighed the most on the increase in numbers since then, that people are radically different from those of the middle of the last century and the way in which they relate to their environment has changed, so when facing They tend to approach a problem in the first person without seeking support from the environment.

For the Professor of Pschiatry at the same university and president of the Royal Academy of Medicine of the Principality of Asturias, Julio Bobes, the aspect to highlight at a quantitative level is precisely this increase in cases. “Until 12 or 13 years ago, our country had very low suicide rates within the European Union, below 6 per 100,000 inhabitants. However, it has been increasing until reaching averages of between 6 and 12 cases. per 100,000,” he explains. In addition, Bobes includes among the psychosocial variables other situations that have to do with the economic factor such as the loss of job opportunities, having to face defaults or a setback in investments.

Precarious employment and unemployment have the same effects

Bobes points out that 85% of suicides are explained because that person experiences a mental health problem and the other 15% ends up making a negative existential balance in which these factors may have more or less weight. Both experts agree that people who are unemployed do not have more mental illnesses than those who are working, at least not than those who do so in precarious or unwanted conditions. “The job in general protected, but a job with which you go just does not solve”, says Bobes.

For Llosa Fernández, this is something that is important for public policies, since it is not necessary to measure only whether or not you have a job, but the quality of it, since from their investigations they verified that only those who worked and have some living conditions above the poverty line enjoyed comparatively better mental health status. “If we know that there are variables such as job insecurity or poverty that constitute a risk factor for suicide, we must prevent these variables since it is a protection tool against suicidal behavior,” she concludes.

Share
Facebook
Twitter
Pinterest
WhatsApp
Previous article
Drunk Santa Claus in the United Kingdom was involved in an unusual accident
Next article
In Omsk, the father who tortured the children was sentenced KXan 36 Daily News