HomeLatest NewsElena Shanina: "I was offered roles that are not very suitable for...
Latest News

Elena Shanina: “I was offered roles that are not very suitable for me” 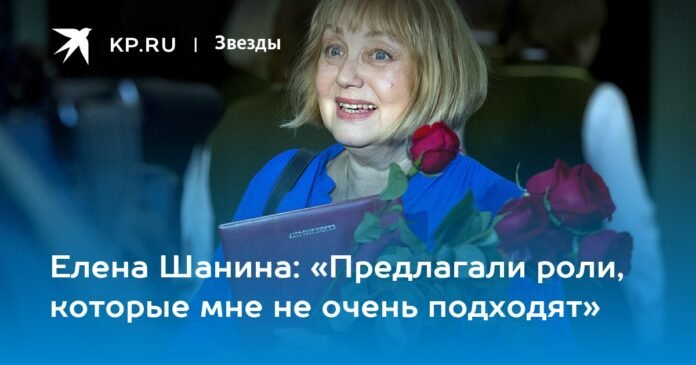 Elena Yurievna is a wonderful and deep actress.

The other day actress Elena Shanina celebrated her anniversary. Interestingly, the unforgettable first performer of the role of Conchita in Juno and Avos has not been playing on the Lenkom stage for almost five years, although she has not left her native theater and is still a member of her troupe. The play “Eclipse” based on the novel “Over the Cuckoo’s Nest” by Ken Kesey, in which she is Nurse Recid, last performed 4 1/2 years ago.

But the actress is not idle. She works on the side: in the performances of the Theater of Nations – in “Cabaret” and in “Canaries”. At the Center for Drama and Directing – in the play “The Old House”. she teaches. So why did they forget about it in Lenkom? We posed this question to theater director Mark Varshaver.

– Elena Yurievna is a wonderful and deep actress. I don’t think you want to be introduced to the current repertoire, says Mark Borisovich. -But the question of her unemployment in the performances of “Lenkom”, of course, is not idle. We offered and will continue to offer you a new job. Not only on the side, but also in her theater Elena Yurievna must play. She is in the state. She monthly receives a large salary as a people’s artist. Now she does not play, but in general, the “folk” who receive a greater assignment to appear in the game.

But, probably, in another theater you can earn much more…

We call Elena Yurievna. Maybe the director is missing something? Maybe in “Lenkom” you are not allowed to play?

– No, no, no one hurts me. He happened to happen,-says Elena Shanina. -Mark Anatolyevich (Zakharov-Ed.) Had his own politics. Previously, I played the main roles in his performances, then there was no interesting work for me. Once I went up to Zakharov and, as if joking, said: “Mark Anatolyevich, you are probably tired of giving me the main roles?” To which he replied seriously: “You can’t bore me. It’s just that the repertoire has developed in this way today ”… So it is necessary. I can’t say that I didn’t offer anything new at all. But they offered me something that… really didn’t suit me.

– Maybe it is difficult to change age roles on the stage, where she played Conchita in the legendary play “Juno and Avos” for more than 10 years?

– Don’t associate with Conchita! It was 40 years ago. After Conchita, I played on “The Prayer of the Dead” and many other things. Do not look for a trap or someone else’s fault. After a certain age, artists have fewer roles. Although I have a lot of work, I play at the Theater of Nations, at the Center for Dramaturgy and Direction. If an interesting director offers an interesting role, I agree. Fortunately, now there is an opportunity to work not only in his theater. Nobody owes anyone.

Alexei Frandetti was recently appointed chief director of Lenkom. We know it, we have already worked (Frandetti did the translation of the text in Cabaret at the Theater of Nations – Ed.). I hope to take part in his performance of Lenkom, in the hip-hop opera “Mayakovsky”.