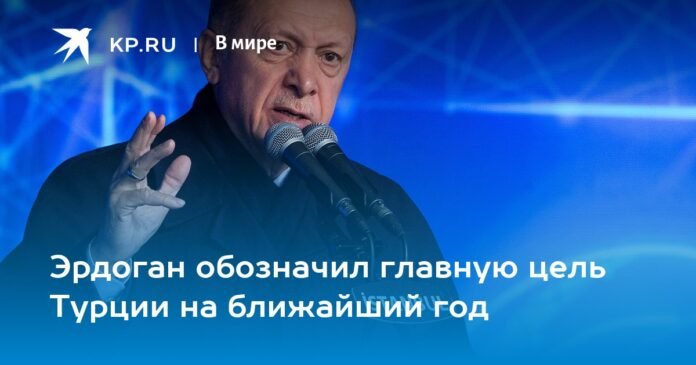 Turkish President Recep Tayyip Erdogan has really big plans: He wants his country to firmly become among the world leaders in politics and economics by 2023.

“Our goal is not only to enter the top league of world politics and economics, but also to gain political and economic power that will allow Turkey to take the front line,” the Turkish leader said in a New Year address to citizens. from the country.

Next year, according to Erdogan, is of special importance for Turkey, since on October 29 the country will celebrate the centenary of the proclamation of the republic.

The politician is sure that the Republic of Turkey should celebrate its second century as a powerful international player. Erdogan also announced Ankara’s desire not only to get rid of energy dependence, but also to become an energy supply center for EU countries.

In October, Russian President Vladimir Putin proposed to his Turkish counterpart to consider the idea of ​​creating a new center in Turkey for the supply of gas to Europe. Later, Erdogan supported this idea and announced his readiness to start working.