HomeLatest NewsEscarrer props up Meliá on the stock market, which again dodges its...
Latest News

Escarrer props up Meliá on the stock market, which again dodges its exclusion from the Ibex 35 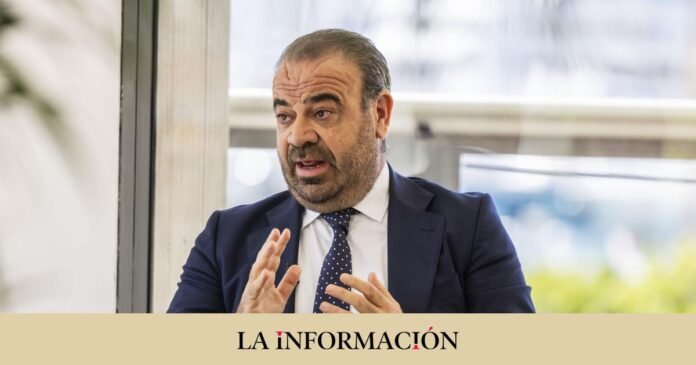 The Escarrer family has mobilized on the stock market to prop up the price of Meliá Hotels. They have been used to the full since November to straighten the stock market course and appease the market’s mistrust of the hotel company. The founders have bought more than a million shares on the stock market in the last five weeks for around 5 million euros, the largest investment made by the Balearic fortune since the pandemic.

The three companies that make up the concerted action that the group controls now reach 49.5% of the capital, although an additional 5% must be added in the hands of Tulipa Inversiones, also in the family orbit but outside the partners’ agreement. The Escarrer purchases occur after the Canadian manager Global Alpha, specialized in small caps, has raised its stake above 9% of the capital, three times the percentage it controlled before the pandemic.

The Escarrers’ commitment to strengthening themselves in the hotel chain comes at a critical moment for Meliá, which has twice avoided the exclusion of the Ibex 35 this December in separate reviews carried out by the advisory committee of the index (CAT) of BME. The hotel chain has been on the wire for two years because it systematically fails to comply with one of the basic requirements for belonging to the index: having a market size per free-float (shares that are freely traded on the stock market) equivalent to 0.3% of the total.

The expected departure of Siemens Gamesa due to the end of the Siemens Energy takeover bid has been joined by the exclusion of Pharmamar. The advisory committee of the Ibex 35 has decided that Logista and Unicaja Banco were the best positioned candidates, but sources in the sector are surprised that Meliá continues to belong to the index despite barely weighing 0.23% and capitalizing with difficulties above of the 1,000 million euros.

Despite the recovery of the business to pre-Covid levels, investors are still wary of the high levels of debt that it carries and the uncertainty about its refinancing. The stock market in 2022 still reflects a collapse of close to 25% that has attracted numerous ‘hedge funds’ that operate short. The last to arrive is Citadel, which has built a short position of 0.5% of the capital, as notified to the CNMV last week. Systematica Investments and Eleva Capital have left a trace in the records although their current position is below 0.5%.

Meliá obtained a profit of 52.6 million euros until September, compared to losses of 166.3 million in the same period of 2021. Ebitda (gross operating profit) has increased fivefold compared to last year. The hotel company has also embarked on an ambitious opening program of up to 40 hotels and has signed alliances such as Zel with Rafal Nadal.

Despite the great improvement in its business, the high indebtedness of the group is still in the spotlight of investors: its net debt exceeds 1,200 million euros, more than what it is worth on the stock market. In addition, Meliá presents a maturity of close to 240 million in 2023 that causes concern.

“The persistent deterioration of the macro picture in recent months (increasing risk of recession, high inflation in the form, rise in rates in Europe) limits visibility, which is believed to be low for 2023. In our central scenario, however, We do not discount a deterioration in excessive activity that could have a very negative impact on consumption. We are cautious with a view to 2023,” warn the Renta 4 analysts.

On the other hand, Deutsche Bank analysts consider that the company will have no problems facing the new year because it expects it to sell assets in the Dominican Republic for imports of 200 million euros. The German firm also highlights the latest CRBE report that values ​​its real estate portfolio at more than 4,000 million euros and 600 million in shares in joint ventures with other partners. This valuation alone would triple what the market currently reflects on the stock market.

Share
Facebook
Twitter
Pinterest
WhatsApp
Previous article
The director of “Mary Poppins” wanted to see Vertinskaya in the main role, not Andreychenko
Next article
National Review readers ridiculed Zelensky’s visit to the US, calling him a beggar KXan 36 Daily News