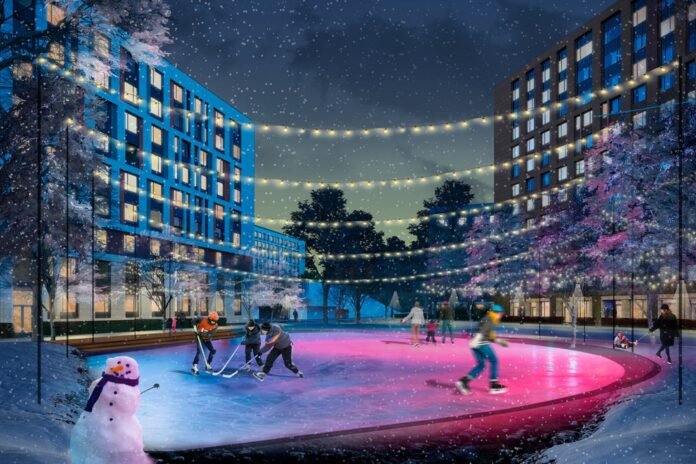 Thus, last year, the Etalon Group expanded its geography by launching projects in Tyumen, Yekaterinburg, Kazan and the Novosibirsk region. Now the company operates in eight regions of Russia, including the Moscow region and St. Petersburg, and the national sales network includes 59 cities. In terms of the number of regions in which it operates, Etalon Group has ranked second among the top developers in Russia (according to ERZ).

The company continues to implement its production schedule, fulfills all obligations to customers, including the shareholders of Yuit Concern, which this year became part of the Etalon Group. In particular, in Yekaterinburg, the Etalon Group put into operation two buildings of the Baltym-Park residential complex, which was started by Yuit Concern. A certificate of conformity has been received at the Rifey residential complex on Verkhnyaya Pyshma, and this facility is also planned to go into operation in the near future. The fifth building and the parking lot have been completed in the Kazan GREEN residential complex.

And this is not the limit. The company’s project portfolio is more than six million square meters of housing. It should be noted that in the 35 years of its history, the Etalon Group has built a total of almost eight million square meters of residential real estate, more than 350 thousand people live in the houses built by the company, which is comparable to the population of the whole city.

Residential complexes with all the necessary social infrastructure are being built. Thus, in the capital of the Urals, the company, together with the Construction Department of the Capital of Yekaterinburg, developed a project that includes a school and a kindergarten, which will appear next to the Rauta residential complex. In addition, in the residential area “Solnechny” it is planned to build a sports and recreation complex with a swimming pool and a children’s art school, now the developer is discussing the concepts of these facilities with the city administration.

Recently, the Etalon Group signed a concession agreement for the construction of a world-class Eurasian Research and Education Center inter-university student campus. The project will be implemented in Ufa on the principles of public-private partnership.

In the south of Moscow, a kindergarten for 225 children and a school for 625 students were built for residents of the Etalon City complex. These items are now being transferred to the city balance. The company also intends to build a school for 800 children and a kindergarten for 150 people in the “Summer Garden” residential complex. An agreement has been reached with the Moscow Mayor’s Office on the allocation of plots.

In St. Petersburg this year, kindergartens opened their doors as part of the Galaktika Premium, Petrovskaya Dominanta and Houses on Blucher residential complexes. This last object stands out for being the first kindergarten in the country, the examination of which was carried out in digital format. This was in 2020. The construction of the kindergarten was closely watched throughout the country, it has become a serious driver for the introduction of digital technologies in the construction industry in general. For example, in preparation for project acceptance, the State Experience Center introduced special software for evaluating a digital model. An algorithm for passing the examination of such objects also appeared.

Etalon facilities have been built digitally for a long time, since 2012 the company uses its own TIM design standard, which allows to automate the identification and correction of errors. The use of digital technologies is not limited to design only. Etalon Group has created its own digital platform to control the volume and construction time. This makes it possible to monitor both work progress and health and safety compliance on construction sites across the country.

The experience of the company in the application of TIM is demanded. The experts of the Etalon Group are members of specialized working groups under the Ministry of Construction of Russia, they are regularly contacted by industry development institutions. The company shares its experience with construction universities. For representatives of the professional community and students, the company regularly conducts excursions to the premises and introduces the application of TIM technologies in practice.

The company also has experience using TIM technologies at a historic site. For example, in Omsk, where the Etalon Group is building a large-scale residential area called Zelenaya Reka, specialists have created a digital model of the building of the Tver Association Manufacture, where the company’s office is located. In preparation for the move, Etalon employees developed a three-dimensional model, in which they identified safety zones and spaces that can be transformed. The experience of the Etalon Group was highly appreciated by the professional community. The project of a digital model of the factory building of the Tver Association became the winner of the VI All-Russian competition with international participation “TEAM-leaders-2021/22”.

The company points out that, of course, there are also challenges and difficulties. However, being a full-cycle developer, with contractors and general contractors on staff, the developer has the ability to control the situation, including ensuring that all construction sites always have the necessary materials and equipment, and that items are always delivered on time. .

Share
Facebook
Twitter
Pinterest
WhatsApp
Previous article
In the Khabarovsk Territory, the scheme for delivering drugs to remote areas will be changed KXan 36 Daily News
Next article
The Telegraph: Zelensky’s US visit signals a split in the West over Ukraine KXan 36 Daily News