Eugenio Ribón wins the elections to the Madrid Bar Association 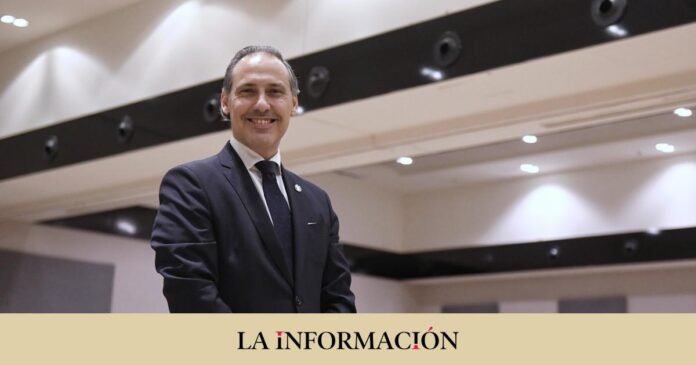 Eugenio Ribón has become the candidate with the most votes during the elections for dean of the Madrid Bar Association, the largest in Europe. This is how the first data referring to face-to-face votes is collected, in the absence of scrutinizing the vote by mail. According to these provisional data collected by Europa Press, Ribón has obtained 901 more votes than the second most voted candidate, Juan Gonzalo Ospina, when scrutinizing the 5,598 votes that have been deposited in person at the polling point, no votes have been cast at the Novotel Center hotel. recorded incidents, unlike the altercations that were recorded in the two previous calls.

This Tuesday, 5,598 members voted in person, of which 4,884 are practicing and 714 are not practicing. The vote of the first is worth double that of the second, according to the internal norm. 758 people have voted by mail, without its result being revealed for the moment or whether they are from practicing or non-practicing collegiate, and therefore how many votes they add up.

Eugenio Ribón has compared to two o’clock in the morning to explain that the provisional data is favorable to his candidacy, but he has not considered himself a winner because it is not prudent to do so until the last vote is counted or victory is mathematically assured. “We love that the victory is confirmed,” he added, in an appearance in which he lamented the low participation of the referees, less than eight percent.

Before this appearance, all the candidates who were competing with him had congratulated him on the results, and Juan Gonzalo Ospina had published a tweet in which he congratulated him and was convinced that “his work will be positive for @icam_es”. Eugenio Ribón is a member of the ICAM Outstanding Board and there are three other members on his list. He does not consider himself a follower of Alonso’s project, but during the campaign he has announced: “This is not the time for alternative experiments, but for security, solvency and commitment.”

Supported by the Association of Lawyers for a Dignified Trade Shift (ALTODO), it has a program with more than one hundred measures to improve the College, including several dedicated to dignifying the profession and promoting conciliation. Eugenio Ribón’s list is made up of Isabel Winkels, candidate for vice-dean, José Ramón Couso for second deputy, Ana Buitrago for third deputy, Javier Mata for fourth deputy, Mabel Klimt for fifth deputy, Teresa Mínguez for sixth deputy, Ester Mocholí for seventh deputy , Roberta Poza to eighth deputy, Juan Manuel Mayllo to ninth deputy and Gabriel Rodríguez to tenth deputy, the youngest in the history of ICAM.

José Ignacio Monedero will be the secretary, Lola Fernández Campillo treasurer and Emilio Ramírez Matos librarian. Seven complete candidacies have attended these elections, presenting fourteen candidates to occupy all the positions of the Governing Board, and two individual ones.

The complete candidacies are those led by Eugenio Ribón (Compromiso Advocacy), Juan Gonzalo Ospina (Now Advocacy), Raúl Ochoa (Activa el cambio), Miguel Durán (Together for the Advocacy), Ángeles Chinaro (Recover the College), Begoña Trigo ( We are lawyers) and Beatriz Saura (The Lawyer that unites us).

In-person participation in the elections to elect the new Governing Board of the College has been 7.82 percent, with 5,598 votes deposited in the enabled ballot boxes, which is a percentage very similar to that of the 2017 elections. A total of 73,874 were called. lawyers

Among the members who have come to cast their votes have been the former Vice President of the Government. The former Police Commissioner José Manuel Villarejo has also exercised his right to vote.