HomeLatest NewsEuribor forecast in 2023: what will happen to my mortgage next year?
Latest News

Euribor forecast in 2023: what will happen to my mortgage next year? 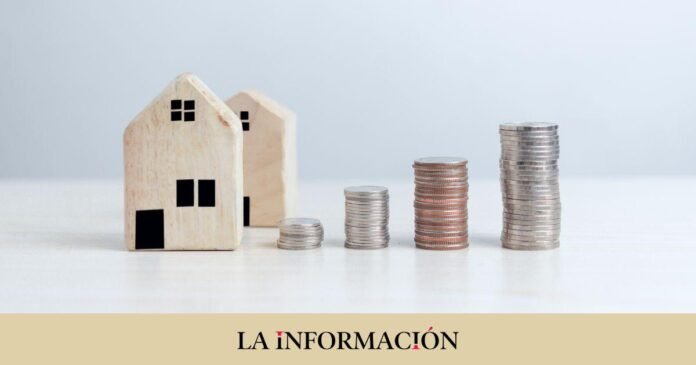 The 12-month Euribor is unleashed, this reference for variable-rate mortgages reached 3.228% in its daily rate last Friday, Christmas Eve, that is 4 basis points more than the previous day and almost half a point above from the levels prior to the meeting of the European Central Bank (ECB) on December 15, when deciding to raise the three official interest rates by 50 basis points, up to 2.5% in the main financing rate. This means that it is already on track to exceed 3.5% by 2023.

But how will these figures affect citizens’ mortgage payments? Is there a way to get rid of the uploads? In this sixth and last edition of the year of the digital office of iAhorro y La Información, held live last Wednesday, December 21, on the YouTube channel of the mortgage platform and on the main social networks of La Información, the experts responded to the Main questions from the speakers.

During this talk, they provided information and shed light on the Euribor forecast for 2023 to buy a home. In addition, it will also address other issues such as the advantages of mixed mortgages, the best cities in Spain to invest in housing or whether it is profitable to change from a variable mortgage to a fixed one.

See below the answers from the experts, Óscar Bueno, mortgage analyst on the online platform, and Alejandro Puebla, mortgage expert at iAhorro. Looking ahead to next year, La Información will continue collaborating with iAhorro to inform readers in other offices about current economic issues. If you have questions about savings or mortgages, you can send your questions through the email address comunicacion@iahorro.com, on any of the iAhorro or La Información social networks with the hashtag #HipotecasiAhorroLI.

The Euribor continues to rise, how could it affect my mortgage? Is another strong rise expected next year? How far is it expected to go in 2023?

ANSWER FROM ÓSCAR BUENO AND ALEJANDRO PUEBLA (IAHORRO) A 30-year mortgage of 150,000 euros will go from 448 euros to 697.23 euros per month. It is almost 200 euros more per month and represents a significant expense. For 300,000 euros of 30-year debt, it is rising by almost 500 euros a month, and this is a very important figure in any person’s economy. That always in mortgages that are variable, although it should be remembered that 75% of mortgages in Spain are signed in variable terms. As they are revised, quarterly or annually, everyone will be affected. We must take into account not only the Euribor, but also the differential that we have, if it closed recently at 3.228%, by adding a differential of 0.6 or 0.7% we are approaching 4% and that is something that is not seen in the last 10 years. It is something that can have an impact on everyone’s pocket.

Bueno points out that in the middle of the year it is possible that it will reach 3.5% or even exceed it and that in a year from now it could reach 4%. Both Europe and the US are raising rates and inflation continues to run amok, so there are still plenty of negative surprises ahead. We come from a season of six years with the Euribor in negative in which we have spoiled ourselves. It has been an increase never seen before, because in one year it has risen 3.5 points, almost 4, coming from negative values ​​it is something that could not be imagined.

Will there be another strong rise in the Euribor next year? As we have said before, the forecast is that the Euribor will rise again. This month we have seen that the day after the European Central Bank announced the rise, of approximately 0.5%, it has risen again after a few stable weeks. This will go up, but we hope that in 2023 it will be more stable.

2. Is it advisable to buy a home now?

If I plan to buy a home, is it better to wait until 2024 for expenses to drop?

ANSWER FROM ALEJANDRO PUEBLA (IAHORRO) | No, definitely not. The sooner you start buying a home, the sooner you will have it paid for. We can buy a home at any time, depending on the fixed rates we have and later, when rates drop again, we will change entities. What we will achieve with this is that in the course of the period in which we launch ourselves to buy a home, we will already have a percentage of the capital repaid, so we will pay it in advance. In the end, if you don’t take the plunge, you’ll still be living at home with your parents or paying rent, so it’s a good idea to take the plunge. In addition, it is important that before looking for a home you consult a professional, because that way you avoid illusions and you can know what your budget or profile will be.

3. Change a variable mortgage to fixed

Will it be profitable to change a variable mortgage to a fixed one?

ANSWER FROM ÓSCAR BUENO (IAHORRO) | Yes, but exceptions must be made. Now having a variable mortgage with the insecurity of the Euribor and the forecast of how 2023 could end, the main thing is to ask and get advice, because it is not the same to have signed one with two years old to 15 years. In the Spanish amortization system, which is the French system, interest is paid on the first part of the mortgage, while more capital is paid on the second. Therefore, if we are in the recent life of the mortgage, those interests cannot go down, but if we are in the second part, we have already paid those interests. It would be necessary to analyze whether or not it is convenient for us to change.

4. Where is it cheaper to buy a home?

What are the best cities in Spain to currently invest and buy a home?

ANSWER FROM ÓSCAR BUENO (IAHORRO) | We could talk long and hard about this topic, but more than cities we would raise areas of cities. Each locality has taxes or sales values, many other associated expenses must be taken into account such as the IBI, insurance, the community or the mortgage itself. It is essential to study those areas where homes are on the rise both for rent and for sale and to be able to do a small study. It is not the same to do it in Madrid or Barcelona, ​​​​​​as in older ones, where there are fewer services, where it is possible that these properties are revalued less.