HomeLatest NewsEuromillions or Christmas Lottery: which draw is more likely to win this...
Latest News

Euromillions or Christmas Lottery: which draw is more likely to win this year? 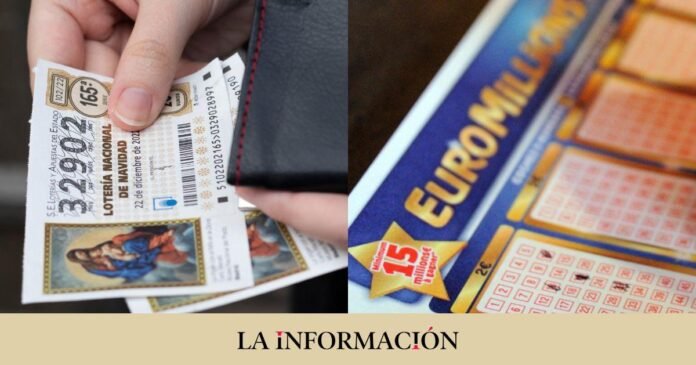 The Christmas Lottery draw, one of the most anticipated in Spain, has begun its specific appointment this Thursday, December 22. As early as 09:13 in the morning, the drums began to spin at the Teatro Real in Madrid and the children of San Ildefonso took out the first ball. One of the first prizes to come out has been the fifth with the number 62391, with 6,000 euros for the tenth. And just a few minutes later, the second prize has been sung, with the number 04074 and which corresponds to 125,000 euros for the tenth.

But this is not the only raffle available in Spain. Among the most players are the Primitiva, the Bonoloto or the ONCE Draw, although the Euromillions draw also stands out. A game shared with up to nine countries across Europe, namely Spain, France, the United Kingdom, Portugal, Ireland, Austria, Belgium, Switzerland and Luxembourg. All players can win a millionaire jackpot every Tuesday and Thursday, and depending on whether the jackpot has been won by a successful player, the prize money increases. However, not all of these draws have the same chance of winning the prize. Let’s see what are the options and which case is more profitable.

What is the most profitable raffle?

The EuroMillions draw, which allows participants to become millionaires twice a week, has a probability of 1 in 139,838,160. But the advantage of this is that it has an additional draw known as ‘El Millón’. This is an alphanumeric code included in each of the tickets by which users can win up to an extra million euros without having to guess the EuroMillions combination.

Some of the nine countries have exclusive draws, such as the EuroMillions Plus in Ireland, which offers a unique raffle of 10 prizes of 5,000 euros in each draw, or ‘Joker’ in Luxembourg, which gives the opportunity to win up to 500,000 euros by matching six numbers in their correct order.

On the other hand, in the Extraordinary Draw of the Christmas Lottery, for you to win the Jackpot there is a probability of one in 100,000 options of receiving the maximum prize of the Christmas Lottery, that is, 0.00001%. Specifically, a total of 100,000 number balls from 00000 to 99,999 were introduced into the hype. Likewise, if we do not aspire to the highest prize, the chances that they will have a single tenth touch of any of the available prizes is 5%, and up to 9.99% of the refund.