Everything that changes this January 1: VAT, income tax, pensions, mortgages or gasoline 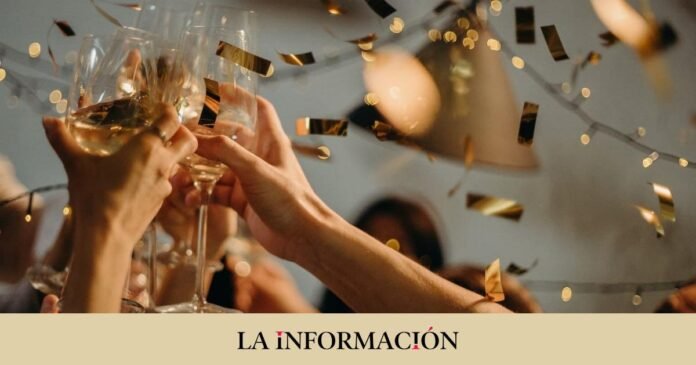 The new year is full of changes in the Spanish economy that will affect both large multinationals and households in their purchases and day-to-day journeys. The response package to the crisis generated by the war in Ukraine includes reductions in VAT on certain foods, discounts for public transport and guarantees for rentals and adds to other legislative initiatives that have raised the price of tolls, audited the benefits of banking, electricity and large fortunes and introduced changes in the contribution of self-employed and self-employed workers.

What are the new taxes?

This Sunday the VAT applied to basic foods (bread, flour, milk, cheese, eggs, fruits, vegetables, vegetables, legumes, tubers and cereals) goes from 4% to 0. While oil and pasta will experience a reduction of five points, from step 10 to 5%. With this measure, the Government intends to reduce the economic effort that Spanish families have to make to fill the car, since inflation has been especially noticeable in the most essential products. For this reason, the CNMC will monitor that the large distributors transfer this reduction to the pocket of their clients and do not take advantage of the opportunity to widen their business margins.

The Intergenerational Pension Equity Mechanism also comes into force on January 1st. Workers and businessmen will contribute 0.6% more (assuming 0.5% for the former and the remaining 0.1% for the latter) with the aim of fattening the Social Security Reserve Fund and making the pension system more sustainable for years to come. At the same time, the 8.5% rise in retirement benefits from January became effective. On the negative side, personal income tax taxation of capital income detected between 200,000 and 300,000 euros rises one point, reaching 27%. For those capital gains that exceed this amount, the tax will rise to 28%. This measure joins the extension of the exemption to avoid paying income tax of up to 15,000 euros and the reduction for work income up to 21,000.

The corporate tax also undergoes modifications with the entry of 2023, since a minimum tax of 15% is established for companies that invoice more than 750 million euros. On the other hand, for companies that in the previous period have recorded less than one million euros and it is not a patrimonial entity, the tax is reduced from 25 to 23%. In addition, the new quotas for the self-employed based on real income come into operation, which range between 670 euros per month and 6,000, according to 15 sections of net income from which the quota is calculated.

A few days before the chimes, on December 29, extraordinary taxes on large fortunes, energy companies and financial institutions also came to be applied. With the first, it seeks to tax those assets that exceed three million euros so that they cannot be left out of the control thanks to the bonuses of the autonomous communities. The tax rate ranges between 1.7 and 3.5% depending on the amount of assets, establishing the maximum for those that exceed 10.6 million euros. On the other hand, the energy companies must face a tax of 1.2% on their turnover in the case of having exceeded 1,000 million in billing in 2019. Finally, the one applied to banks will tax the interests and commissions of the entities at 4.8% with a turnover of more than 800 million in 2019.

In addition, a new tax is introduced for non-recycled plastic containers, which is assessed at 0.45 euros for each net kilogram that has not been transformed. This tax is included in Law 7/2022 on waste and contaminated soil for a circular economy and comes into force at the beginning of the new year, although it will mainly affect companies in the sector.

With the approval of the third ‘anti-crisis’ decree, the Government of Pedro Sánchez conditioned the extension of the 30% discount on public transport to the autonomous communities contributing, raising the bonus to 50%. Many of them have already decided to join, not only because it is very beneficial for their citizens, but also because it is especially interesting in a year with several electoral events. However, the general discount of 20 cents per liter for fuels remains in 2022 and in the new year it is limited to the transport, agriculture, shipping and fishing sectors.

This January 1, the price of tolls also rises, normally linked to the CPI data, but this time the central Executive has wanted to limit the increase to 4%, instead of the 8.4% that would apply to eleven toll highways which depends on the General State Administration. Users of the AP-51, AP-61, AP-53, AP-66, AP-7 Alicante-Cartagena, AP-7 Málaga-Guadiaro, AP-68 and AP-71, AP-9, AP-6 motorways and AP-46 will witness this rise. While, those managed by the State Land Transport Infrastructure Society (Seittsa) will keep the rates frozen since 2019. That is, the R-2, R-3, R-4 and R-5, the M-12 of Barajas , the AP-36 and AP-41.

News in rent and mortgage

Given the unbridled escalation of the Euribor that affects almost all mortgagees in Spain, the Government launched the Code of Good Practices to which financial institutions should adhere before the end of 2022, since it has entered into force with Lasanadas. This includes measures for vulnerable customers (with income of up to 25,200 euros per year) and those at risk of vulnerability, who despite earning up to 29,400 euros have suffered a decrease in their purchasing power due to the general increase in prices and prices. of interest

Normally, these clients’ credits will be restructured in order to prevent defaults and evictions from occurring, such as those that occurred during the crisis that began in 2008. Vulnerable people will be able to opt for a higher interest rate. low for five years, with Euribor minus 0.1% and up to seven years of credit life extension, provided that the total does not reach 40. In addition, they have up to two years to request the dation in payment of the home (the delivery of the property in exchange for canceling the outstanding debt).

Those families with incomes of less than 25,200 euros and who allocate half of their monthly income to pay the mortgage may request a two-year grace period, that is, a delay in payment, enjoy lower interest in that period and extend the term up to seven years. With the novelty that it is not necessary that they have seen the mortgage effort increased by 50%. On the other hand, for households with an income of up to 29,400 euros, it will be necessary for them to allocate more than 30% to the payment of the debt and this effort has increased by at least 20% to freeze the quota for up to 12 months and access the Same interest and term conditions.

On the other hand, in 2023 the 2% limit for the increase in existing rents is extended. In other words, if the owner annually reviews the contract based on the evolution of the CPI, he will not be able to raise the entire corresponding percentage (8.4%). In addition, until June 2023, tenants may request an extension of their six-month rental contract that maintains the same conditions that they currently enjoy. In order to prevent the landlord from forcing them to leave to look for new residents to whom they apply a price increase.

In the last package of measures, the Council of Ministers also found the increase in pensions in accordance with the formula of the Pact of Toledo, which links its update to the CPI data to avoid losses in the purchasing power of this group, as recalled by the Pedro Sanchez himself. Specifically, contributory pensions will experience a rise of 8.5%, since the inflation data has been rounded off, while non-contributory pensions will rise by 15%, according to what the Executive achieved with the EH Bildu group to obtain its support in the General State Budget in 2023.

Share
Facebook
Twitter
Pinterest
WhatsApp
Previous article
At the Rostov nuclear power plant, a worker was killed and one person was injured due to a fire KXan 36 Daily News
Next article
JB Press: Japan-Russia Trade Turnover Steady In 2022 Despite Sanctions KXan 36 Daily News