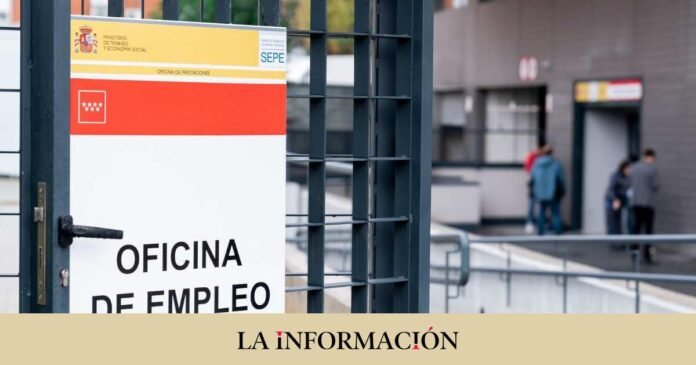 Christmas is always synonymous with spending, and the arrival of the famous ‘cost’ in January does not make it easy. Even less for the long-term unemployed. Hence the importance that they know when the extraordinary unemployment subsidy managed by the Public State Employment Service (SEPE) for citizens who have been without work for more than a year is received in January 2023. Although these aids have the day they are paid marked on the calendar, some banks will advance the date. As of this month, in addition, the amount will increase to 480 euros for the first time in its history, due to the revaluation of 8.5% of the Public Indicator of Multiple Effects Income (IPREM).

The latest unemployment data reflected that the rate had dropped by 43,727 people in December 2022. This 1.5% reduction means that unemployment has consolidated below three million, specifically, at 2,837,653 unemployed, its highest level. low since 2007. However, there are many who are still unemployed and, of these, a high percentage is over 50 years of age, making it even more difficult to access the labor market.

To help them cope with their situation, the unemployed can access aid such as the extraordinary unemployment subsidy but, to do so, they must meet a series of requirements, the main one being not having the right to contributory level unemployment protection, that is, , unemployment. In turn, they must not have monthly income higher than 75% of the Minimum Interprofessional Salary. Regarding its duration, it will be 180 days and cannot be received on more than one occasion. Therefore, once it is finished, you cannot apply for the aid again later.

When the unemployment benefit is collected in January

Each month, the SEPE releases the budgeted item with the money corresponding to the extraordinary unemployment subsidy between the 10th and 15th. Most commonly, the banks make the payment on that date, so in this case, it is possible that the beneficiaries receive the first payment of this year starting next Tuesday.

The amount of this aid is equal to 80% of the IPREM but, since January 2023, there has been a notable change in this benefit, which reaches 480 euros, about 30 euros more per month, after the 8.5% increase in the IPREM. This is what the Government of Spain did in the new General State Budget for 2023, to combat the high rate of inflation, as a consequence of the war in Ukraine.

One of the advantages of the extraordinary unemployment subsidy is that it can continue to be received while the person continues to actively seek employment, as long as certain essential requirements are met, such as having the BAE certificate and carrying out One year active job search.

Banks that advance the payment of the aid

Not all beneficiaries of the extraordinary unemployment subsidy will have to wait to collect it after the 10th of each month. Some banking entities advanced the payment of the subsidy to the previous days, such as next Monday, January 9.

The dates of the entities are the following:

Share
Facebook
Twitter
Pinterest
WhatsApp
Previous article
In the US, thieves asked the police for help to transport the stolen goods
Next article
Infectionist allowed the displacement of “omicron” by a new strain of COVID – Rossiyskaya Gazeta