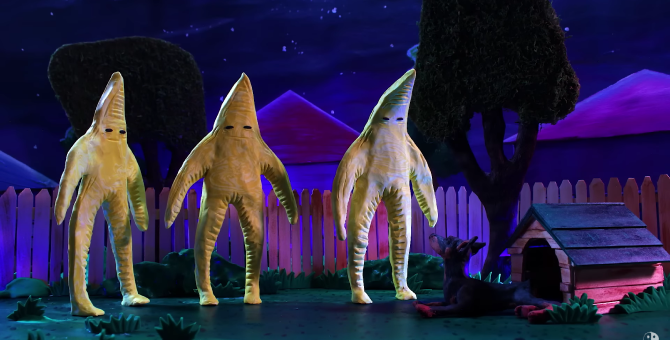 American rock band Fall Out Boy has released a video preview of a new song. The video was called “A Claymation Fall Out Boy Celebration” and was featured on the band’s official YouTube channel.

The plasticine short lasts less than two minutes. In the center of the plot is a dog, which during this time meets many fantastic creatures: stars fall from the sky, he is dragged into the other world by an octopus and a shapeless purple creature with eight eyes. The animation was done by Mr. Oz, known from the Marvel comics “Venom Universe”.

The musicians told about working on new releases this fall. The exact release date has not yet been announced.

Fall Out Boy’s latest album, Mania, was released in 2018 and debuted at number one on the Billboard 200. It received mixed reviews from critics, but was warmly received by fans.

Previously, the British rock band Led Zeppelin released a concert recording from 2007. It was called Celebration Day and was dedicated to the memory of music producer Ahmet Ertegan. The video was posted in honor of the fifteenth anniversary of the show.