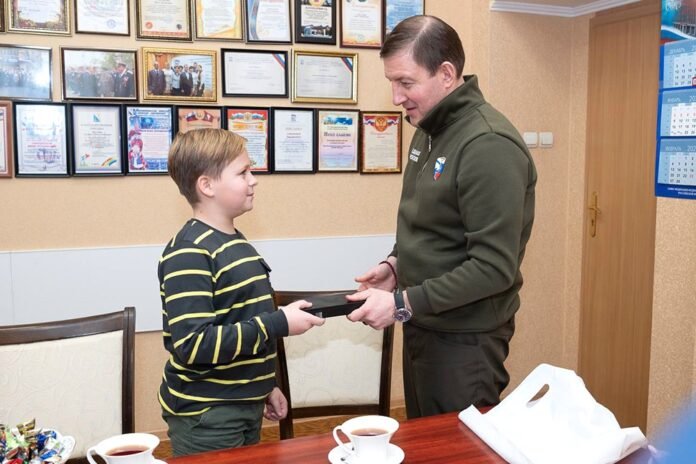 “The head of Sevastopol, Mikhail Razvozhaev, helped me, he was Santa Claus and he delivered a gift to me on the eve of the holiday,” Turchak wrote on his Telegram channel.

The secretary of the General Council also said that the boy had lost his father, the commander of the landing ship “Caesar Kunikov”, who died during a special operation. In April he was buried in Sevastopol.

“Today we met with him and his mother. I gave him a phone so that Andrei would always be in direct contact with me. We agreed that after the holidays I would go to the football section for a trial lesson,” Turchak wrote.

He promised that Andrei’s family and other families of the dead Russian soldiers would not be left without support.