HomeLatest NewsFelipe VI justifies the increase in investment in Defense due to the...
Latest News 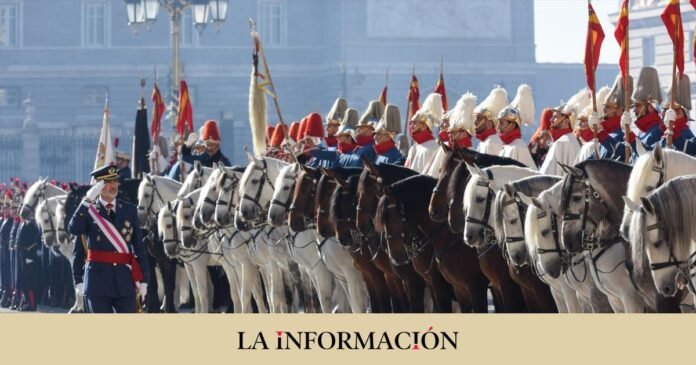 The King has condemned this Friday during the celebration of Military Easter the “unjustifiable, illegal and brutal” Russian invasion of Ukraine, which he believes has “made evident” the importance of investing in defense and improving the capabilities and means they have The Armed Forces.

In a celebration at the Royal Palace that has recovered its usual format after the restrictions imposed by the pandemic, Felipe VI has transferred his recognition and appreciation to the Armed Forces, Civil Guard and members of the National Intelligence Center (CNI), expressing his ” admiration and pride” for his work “in defense of constitutional values ​​and international legality.

In this context, he recalled that the year 2022 was marked by the invasion of Ukraine, which “has seriously altered the international order and puts European security at serious risk”, as he warned.

However, he has celebrated the response of the unity of those who defend “international law, freedom, peace, democratic values ​​and an international order based on rules”; insisting that the invasion has resulted in a strengthening of “cohesion” and the creation of a “common front” against the war.

“Among the challenges that we Europeans face, the war in Ukraine has made evident the importance of investing in defence”, Felipe VI has maintained in view of the need for the Armies and Navy to have “the necessary resources that guarantee training of the highest quality, sufficient military capabilities and cutting-edge technology, and flexible and adequate operations”.