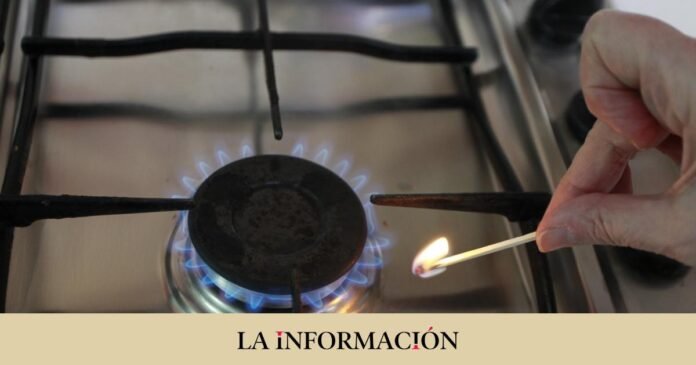 The worst cold months of the year are here and for many it will be very difficult to turn on the heating due to high energy prices. Thousands of customers are seeing the Last Resort Rate (TUR) as an ally to reduce their gas bills and are asking their companies to switch from the free market to the regulated rate.

The four companies that by law can offer TUR -through their respective regulated marketers- are Naturgy, Iberdrola, Endesa and Total Energies. And the reason why they are being overwhelmed with transfer requests is due to the Government’s decision to extend the limit of 15% gas price increase in each quarterly review of the TUR until October 1, 2023.

Specifically, there are three different types of TUR for private consumers with different prices depending on the contracted power. The comparator of the National Commission for Markets and Competition (CNMC) shows that for an average household with a consumption of about 5,000 kilowatt hours (kWh) per year, the annual cost of the TUR is around 409 euros, compared to a price range in the free market that varies between 800 and 1,300 euros, that is, up to 217% more in the worst case.

In this sense, the transfer of customers from the free to the regulated market is being very large. For example, Baser, Total Energies’ regulated market reseller, has experienced a sharp increase in the number of contracts it manages. At the end of 2021, it had 60,000 gas TUR contracts, compared to the current 165,000, according to data provided by the company to La Información. This represents a growth of 175%, that is, almost tripling them.

The National Commission for Markets and Competition (CNMC) opened an investigation into the four marketers at the end of October in order to find out if they are creating obstacles for their clients to switch to the TUR and not be able to reduce the price capped by the Government and smaller than the offers in the free market. Iberdrola and Endesa have not provided updated contract data to this medium.

The company chaired by Francisco Reynés has recently announced the simplification of the procedure for changing to the TUR. In total, 2.3 million customers of the gas company may request the transfer. Since July, the company has managed almost 150,000 registrations in the TUR, a higher figure than in the 2020 and 2021 financial years as a whole and the first semester of the current academic year.

In this way, households with a consumption of less than 50,000 kWh per year that have contracts in the free market will be able to request the change automatically through a form available on the company’s website, without having to do any other additional process. The third vice president and minister for the Ecological Transition, Teresa Ribera, has demanded that companies speed up the transfer of customers given that the traffic jam continues.

Naturgy, Iberdrola, Endesa and TotalEnergies have announced that they will not be able to absorb the enormous demand for transfers on their own and have called on the Government to promote measures that help unclog the bottlenecks caused by the decision to subsidize this rate.

Sedigas has also installed the Executive to find a solution that expedites the changes of consumers to the regulated rate and that any company in the free market can offer it. Along the same lines, the independent electricity and gas marketers included in the Association of Independent Energy Marketers (ACIE) have informed the Government of the difficult situation that the sector is going through and warn of the “risk of disappearance of competition in the gas and electricity markets following the latest legal reforms promoted by the Ministry for the Ecological Transition and the Demographic Challenge”.

Sources from the sector consulted by La Información assure that the Executive has not yet ruled on this issue. Meanwhile, Repsol has decided to leave ACIE as it “is not aligned with the management and present and future vision” of the employer, as reported by El Confidencial and this medium has been able to confirm.

Share
Facebook
Twitter
Pinterest
WhatsApp
Previous article
The US Congressional Select Committee released a report on the results of the investigation into the assault on the Capitol KXan 36 Daily News
Next article
Military Watch: Patriot air defense systems will not become a full replacement for the S-300 in Ukraine KXan 36 Daily News