Films by Jean-Luc Godard, Pietro Marcello and Andrei Tarkovsky will be screened at the Fondazione Prada 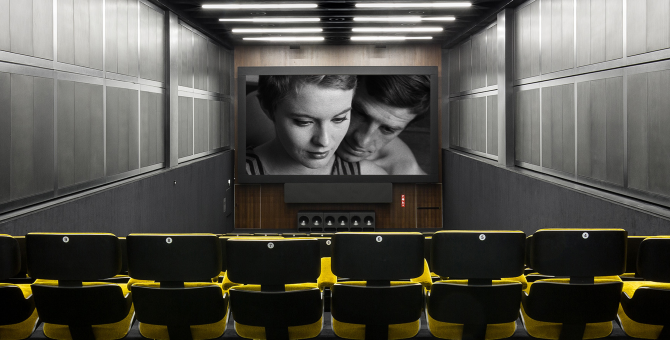 In February 2023, the Fondazione Prada cinema will expand its programming and increase the number of weekly screenings to twelve. The range includes feature selections, retrospectives, previews and author meetings. New alliances with film libraries, magazines and festivals will also be implemented.

“At a time when the evolution of the forms of viewing threatens the shared cinematographic experience, the Fondazione Prada cinema defends the importance of the collective experience of cinematographic enjoyment and emphasizes the fundamental role of cinemas in the cultural fabric and of the city, giving it a global dimension through the contribution of international filmmakers and institutions”, says program curator Paolo Moretti.

Each month, the programming will be divided into ten areas, similar to the sections of an open and constantly evolving film festival. The addresses will have specific names. For example, JLG is dedicated to the work of Jean-Luc Godard. The program announced his first feature film “En el último suspiro” and his latest work “El libro de las imágenes”.

The Soggettiva section for February included works by director Pietro Marcello. In the Fondazione Prada cinema you can see his new film “Scarlet”. The discussion with Marcello will take place on February 5. As part of the Classici direction, restored versions of films that have had a special impact on the history of cinema will be screened. Among them are Roberto Rossellini’s “Rome, Open City”, Andrei Tarkovsky’s “Nostalgia” and Francesco Rosi’s “Hands over the City”.

The Studio section explores unexpected influences between cinema and the languages ​​of contemporary art, while Supernova presents the work of young filmmakers. Nocturna explores genre cinema, while Queerelle is produced in collaboration with the international festival MiX Cinema LGBTQ+ e Cultura Queer in Milan. The Sonic section features films that explore aspects of the relationship between music and images.

Previously, an exhibition of Greco-Roman culture was inaugurated at the Fondazione Prada. It will run until February 27. We talk about it in more detail here.