HomeLatest NewsFilms of 2023: the best expectations of Russian cinema. Part One...
Latest News

Films of 2023: the best expectations of Russian cinema. Part One – Rossiyskaya Gazeta 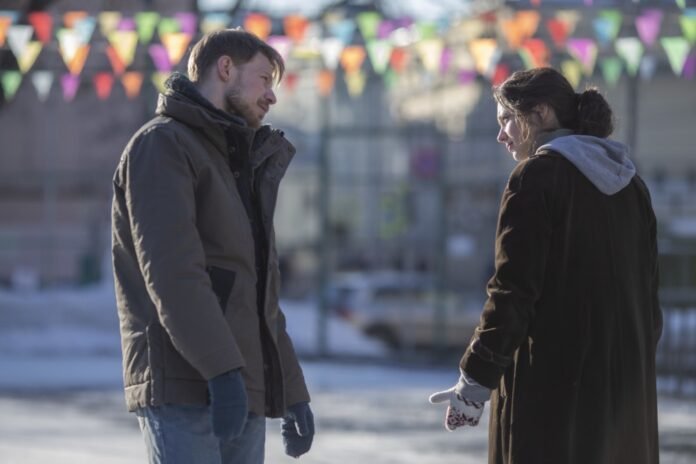 The golden age of cinema as an art is behind us, the golden age of cinema as an attraction is in full swing. But the first stubbornly makes its way to life. Probably, there is something in this traditional cinema, if more and more new masters give it their best years, knowing for sure that they have fewer and fewer audiences. And that each of the arts has a time of youth, growth, flowering and inevitable decline, when it seems that nothing new can be said.

To begin with, let’s talk about new Russian films, which connoisseurs of cinema as an art should look forward to next year.

The good ones, we know from experience, spend a teaspoon a year, and this is with the most optimistic forecast. Our New Year announcement is based on the same principle: today is the beginning, and the continuation will not follow immediately, but stay tuned. So the first couple:

The movie is the first. “Healthy man”

This drama was filmed by Pyotr Todorovsky, the grandson of our classic Pyotr Todorovsky and son of Valery Todorovsky, also already a classic. He debuted with the series “Flight”, where he has already shown his extraordinary talent for combining the fascination of the story with the seriousness of the subject and psychological depth. In his debut film for theaters, “Healthy Man”, he continues to be interested in the same eternal question of being: why were we born, what is the purpose of our life, what is the use of us for people and society?

It is once again a film of moral anguish, of intense reflections on the place that the capacity for empathy occupies in our common life, a quality that is increasingly scarce and already extravagant for many. And about how difficult, almost impossible, to achieve a reasonable balance between altruism and selfishness.

TV newscaster Yegor, superbly played by Nikita Efremov, saves an unknown woman from violence at night, but still dies, and the awareness of the futility of his nightly heroism transfers Yegor’s whole life to other tracks. He volunteers at a children’s oncology clinic, enlists in the LizaAlert search squad, donates personal money for the treatment of a terminally ill teenager, but at the same time puts the welfare of his own family, the love of his wife and the fate of the unborn baby at stake.

The film presents the audience with difficult questions, but does not provide them with an answer, throwing their moral anxieties into our consciousness; that, in fact, is the purpose of real art. Filigree works of Irina Starshenbaum, Yevgeny Tkachuk and, especially, a very young, but already very mature actor Oleg Chugunov in the role of a cancer patient, but full of vitality Alekha.

Definitely the most original movie of the year. Its director Alexei Fedorchenko has more than once baffled his audience and even entire festivals with his unbridled imagination. For example, I found an old film in Chile, which documented that the Russians flew to the moon in the 1930s; many accepted this after watching his “First on the Moon” mockumentary.

Now a whole treasure has been unearthed in the Urals – a film box shot by a certain Taldykin in the Caucasus before the revolution, where the author studied relations between Russia and the Caucasus. The film was poorly preserved, restored and even partially transferred to color, and what was completely lost was shot according to sketches. And then a film appeared – a very serious investigation in terms of intonation, where Fedorchenko himself and his co-author Lydia Kanashova go around the mountains, villages and museums of the Caucasus, commenting, as it were, on an old film. Like: “You saw how a young Circassian woman is being squeezed in a corset.” And, of course, one must see the breath of this dragon from a heated horse under a graceful abrek, shooting shaggy robbers. And, of course, one should listen to these Caucasian melodies embellished with the motif of the unrecognizable “Ural mountain ash”.

Fedorchenko, that Méliès of today, enthusiastically plays with the camera and its latest variations, including a smartphone and a GoPro. They are joined by the completely real French film critic Joel Chapron, the Ural director Nikolai Kolyada and the actors from him, the theater “Provincial Balls” by Tatyana Baganova, as well as personally Sashechka Sergeevich Pushkin, Misha Lermontov and Leo Tolstoy. We will see the wonder of mobile goat technology, the extinct giants of the Caucasus, the Italian Ferrari with its theater, as well as Anton Antonovich Chechet, president of the Mining Society, a psychiatrist from St. Petersburg. What of all this is real and what is invented, only Fedorchenko knows, but he will not say.

The fantasies here would be enough for three great movies, and a rare viewer will swim to the middle of this ocean; an intermission is needed for a break and to regain balance. Therefore, I see a bright future for Big Snakes on festival screens, in streaming theaters, and in my favorite personal collections.

Now the Ural director is finishing work on an investigative film about an incredible city hidden under the thickness of the Antarctic ice – “Raccoon City”. Filmed in Colombia.

The box office release date has not yet been determined. As you might guess, the right of the first night belongs to the festivals. More recently – the world. Now how will it work?

Share
Facebook
Twitter
Pinterest
WhatsApp
Previous article
In the US, congressmen failed to elect a new House Speaker for the first time in 100 years KXan 36 Daily News
Next article
The first teaser of the new “Evil Dead” by Sam Raimi KXan was released 36 Daily News