Fines for shooting fireworks on New Year’s Eve without a license: €600,000 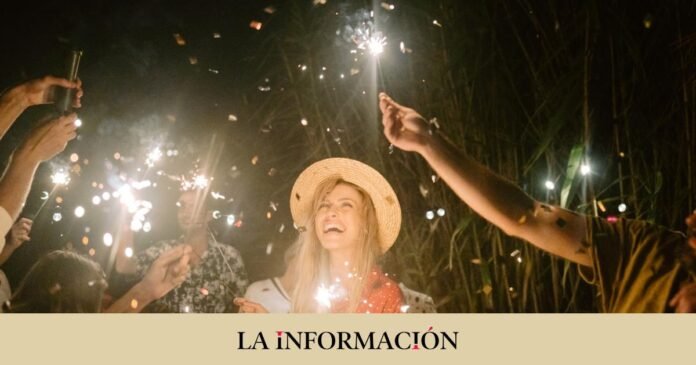 The last of the year is approaching and soon the celebrations will begin. Many people enjoy the light shows and fireworks, so it is not surprising that so many decide to buy their own firecrackers or pyrotechnic products to welcome 2023 and put a little light on the night of December 31.

Despite wanting to enjoy the firecrackers and fireworks, you have to be very careful, since in addition to being able to suffer damage or cause them, you can end up receiving a substantial fine. In the case of, for example, doing it in Punta Umbría, Huelva, the penalty can exceed 90,000 euros.

There is no regulation of widespread use of firecrackers and fireworks at the state level. Royal Decree 989/2015 that regulates the sale and use of pyrotechnic articles alludes to the conditions of sale and age limitations depending on the danger of the product. With municipal ordinances and regional regulations, each locality and region is in charge of determining the hours of use or, even, of prohibiting the lighting of fireworks, associating the corresponding sanctions with the infractions typified in the municipal regulations.

For example, this year the Punta Umbría City Council has issued an edict prohibiting the sale and launching of pyrotechnic products in the municipality, except for professionals in the field. Thus, anyone who uses fireworks without proper authorization and training will face fines of between 100 and 90,151 euros.

Along the same lines, the Cáceres City Council has prohibited the use, for the Christmas season, of firecrackers and fireworks without municipal permission. Penalties for exploiting them without proper authorization range from 750 to 1,500 euros. Similarly, these items will be seized from establishments that sell them without permission to do so.

The Torrejón de Ardoz City Council has been more blunt and prohibits lighting firecrackers or fireworks in any public space in the municipal area, with penalties of up to 3,000 euros. Likewise, the sale of pyrotechnic material in shops and kiosks is prohibited.

In other localities, use is allowed, according to the criteria established in the Royal Decree according to the danger and the age of the user, but its detonation is restricted at certain times (from 03:00 to 11:00 and between 15:00 and 6:00 p.m. in Seville), limits the distance to residential areas (in Malaga, for example) or directly prohibits them, as in Córdoba, where sanctions can reach 600,000 euros if the conduct is classified as very serious.

From what age can fires and firecrackers be used

The restrictions on the use of pyrotechnic material by age are strengthened according to the danger of the firecracker or fire:

The municipalities can modify these limits if they consider it, although apparently this is not the general trend of the municipalities as seen in the recent prohibitions of use. And it is that, in addition to limiting the use of firecrackers and fireworks in non-expert hands reduces accident rates, their detonation also alters companion animals that live in cities.