HomeLatest NewsFive extreme tours in protected areas you can go on in winter...
Latest News 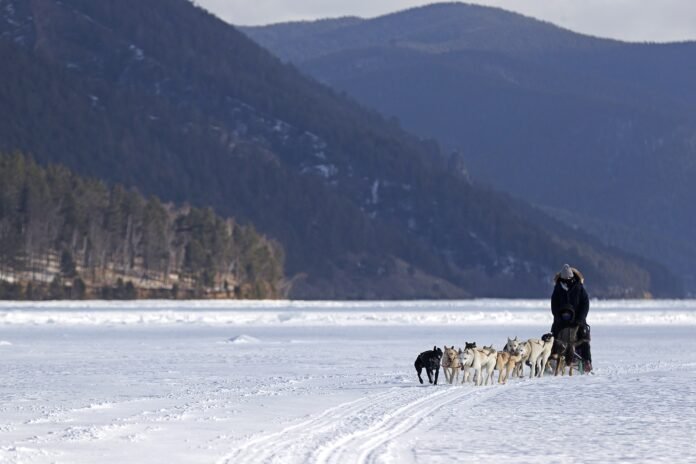 In the Altai Reserve (Altai Republic) there is the first underwater ecological trail, which, accompanied by instructors, can be traveled not only by an experienced diver, but also by a beginner. In winter, the currents on the underwater path are almost not felt, so at this time the most transparent water is in shallow water.

Before diving, you will be briefed and equipped with the equipment. The path from the diving station to the entrance to the water takes no more than 1-2 minutes (about 70 meters). The passage of the ecological trail depends on the level of preparation of the diver, but on average it takes about three hours. The routes are developed in the depth range of 5 to 47 meters.

During the excursion “Village of Yailu – the central property of the Altai Reserve, as a unique complex of the natural, cultural and historical heritage of Lake Teletskoye”, you can see not only the village, but also see the operation of the monitoring station background of Teletskoye. In winter, Yailu can only be reached by road.

The Man-Pupuner Plateau is one of the seven wonders of Russia, located in the mountainous region of the Pechoro-Ilychsky Reserve (Komi Republic). “It can be reached by several routes, each of which requires good physical condition and stamina,” Roszapovedtsentr noted.

In the winter tourist season 2023, which will last in the reserve from February 1 to March 31, three routes will operate on its territory: “The source of the Pechora – erosion pillars on the Man-Pupuner plateau”, “Cord of Poloy – Shezhim -Pechorsky Cordon – erosion pillars on the Man-Pupuner Plateau” and Helicopter Tour Ukhta – Manpupuner Plateau.

“At the same time, only adults and children from 14 years of age can go on routes that take place as part of organized snowmobile or ski groups, accompanied by guides or guides from among the employees of the reserve or partner companies.”

Tourists can spend the night in the Shezhim-Pechorsky cordon and in a mountain camp on the edge of Vologda.

Also in winter you can visit the central farm of the reserve in the village of Yaksha. The world’s first experimental elk farm is located here, in which there are two guest houses, directly from the windows of which you can watch the life of animals.

In the Caucasian Reserve in winter, the “Husky in Lagonaki” route has been very popular among families with children for the third year. During the season -from December to April- it is visited by about a thousand people. The 2 km route has no restrictions on age and physical condition, the driving time is an average of 15-30 minutes. The dogs that work the route are Siberian and Alaskan huskies.

“The use of a dog sled as a means of transportation corresponds to the principles of the humane treatment of animals. A dog sled is the oldest form of transportation invented by man. Sled dogs are professional athletes, trained for stress through training and special nutrition. The duration of their work does not exceed three hours a day. This allows to maintain the health of the dogs and strengthens them,” said Roslesinforge.

As you go along the route, you can find traces of wild animals: lynx, wolf, fox, hare, marten, and in March even a bear. The monitors of the canine team will inform you about each animal and about the characteristics of this part of the reserve.

For lovers of long journeys in good physical shape, a 16 km route has been designed along the high-mountain meadows of the Lagonaki Plateau, where guests of the reserve can drive a team. The success of the ascent to a mountain pass at 2,100 meters above sea level with the help of a dog sled depends on each member of the team. At the pass you can see the Main Caucasian Ridge and the highest peak of Adygea – Chugush. Throughout the journey the team is accompanied by monitors and a snowmobile.

In addition, in winter, a route will be opened from the Lago-Naki checkpoint to the Abadzeshsky pass in the Caucasian Reserve. The distance of 12 km can be covered on foot, by snowmobile or cross-country skiing. To walk along the snow-covered Stone Sea, you will need warm, waterproof shoes, winter clothing, and about 3 hours of free time.

In the Zyuratkul National Park (Chelyabinsk region), a natural ice spring is popular in winter. Groundwater from an artesian source rises out of the ground due to in situ pressure. In 1976, geologists drilling a well for iron ore drilled through a waterproof horizon and entered an artesian basin, after which drilling was halted. Since then, the fountain has been pulsing into the sky, reaching a height of seven meters in summer and turning into a beautiful brilliant blue ice sculpture up to 16 meters high in winter.

“Every year the fountain, when it freezes, takes on strange shapes, always different. This year it looks like a giant cone… Now the fountain has reached almost 12 meters in height,” Roszapovedtsentr noted.

This year wooden platforms, tables and benches for rest and snacks, and toilets next to the ice fountain appeared.

Not far from the ice source is the Sokhatka Elk House, where elk that have suffered from poachers are being restored. There you can feed the animals with specially prepared food.

You can see Baikal in winter in the Zabaikalsky National Park and the Barguzinsky Reserve. It is better to set aside a few days to visit the Zabaikalsky National Park in winter. You can go on snowmobiles to the village of Kurbulik to learn about the traditions and customs of the Baikal Pomors, visit the chapel of St. Nicholas the Wonderworker and the museum “The House of the Fisherman”. In Okunevaya Bay, you can arrange ice skating or fishing with a bait. Also, from Monakhovo on an airboat you can go to Zmeinaya Bay and Kyltygey Island to see ice grottoes and feel the healing effect of thermal springs.

In the Pribaikalsky National Park, you can walk along the Pereezd – Kruglobaikalskaya ski route, which is 10.5 km away. For off-road vehicles, snowmobiles and ATVs, a specialized 56-kilometer route “Port Baikal” has been developed. On the excursion route “Angara Farms – Krestovaya Pad” you can move on skis, horses, snowmobiles and dog sleds. A visit to the “Stone Chersky” ecological trail can be combined with skiing – the route is located next to the “Eastland” ski complex. And along the route “Water Zone of the Small Sea Strait with Islands”, which runs along the ice of Lake Baikal, you can slide on skates.

Share
Facebook
Twitter
Pinterest
WhatsApp
Previous article
RIA Novosti: the battery “Hyacinth-B” destroyed the accumulation of equipment of the Armed Forces of Ukraine in the Zaporozhye direction KXan 36 Daily News
Next article
What kind of medical care can Russians receive in the first days of January? KXan 36 Daily News