Folding mobiles will grow more than 50% to beat 22M units 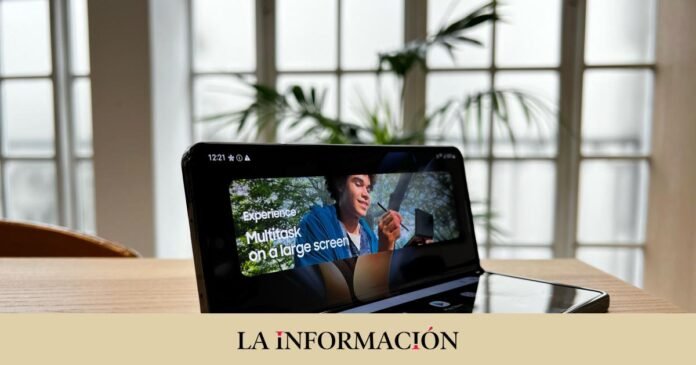 Telephony is transformed in 2023 and the prominence of folding mobile phones is attenuated. According to data from the Counterpoint Research consultancy, shipments of this type of product will grow by 52% to exceed 22.7 million units sold. Competition is expected to grow, although Samsung will continue to lead the market.

However, the increase, the estimate is less optimistic than the one that existed a few months ago, when the forecast of this firm was to reach 26 million units worldwide. This objective had been given last August.

This year, shipments of folding mobiles would have reached 14.9 million units shipped, which represents an increase of almost 64% compared to the 9.1 million folding mobiles sold in 2021, but it is also a reduced forecast, which has contracted by 9%.

Shipments of folding mobile phones grew 90% in the first three months of 2022 compared to the same period in 2021 to 9.5 million units, but the consultancy forecasts that they will have decreased in the fourth quarter due to “the impact of inflation and the economic recession.

This segment will experience much higher growth in 2023 than the global mobile market, which will break 2% in 2023 to 1,262 million units shipped compared to the 11% drop that the consultancy forecasts for 2022, to 1,240 millions of mobiles

If these figures are reached, folding smartphones will account for 1.2% of the total device market worldwide in 2022 and will reach 1.8% in 2023.

An increase in competition that will cause, according to Counterpoint, a drop in prices, which are “a major obstacle in the popularization of these devices.”