For the first time in 100 years, the United States cannot elect a Speaker of the House of Representatives. 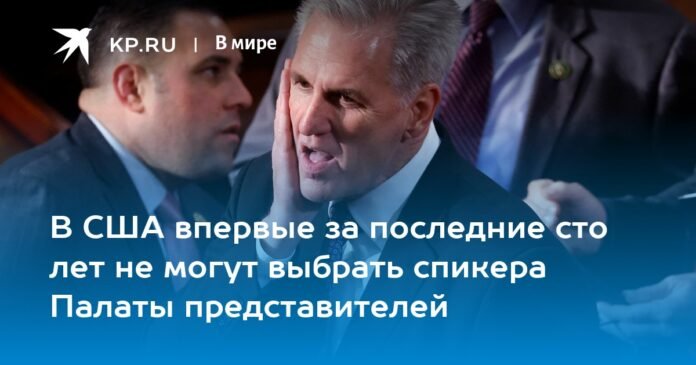 The lower house of the US Congress cannot reach a consensus in any way: the election of the speaker, one of the main and third most important person in the American political hierarchy, has been unreasonably delayed. The fourth attempt to elect Nancy Pelosi’s successor has failed.

The leading contender for the House speaker’s seat, Republican Kevin McCarthy, fails to get enough votes. In the last, fourth round, 210 party members voted for him. Another 20, despite calls from Donald Trump, voted for Byron Donalds, with one of the Republicans abstaining.

At the same time, unanimity reigns among the Democrats: the 212 members of the House of Representatives of the Democratic Party unanimously supported their candidate, Hakim Jeffreys, but the 212 available votes are not enough for the election.

After the midterms, there are 222 Republicans in the lower house of the US Congress, and your candidate must get at least 218 votes to win.

American legislators were in a similar situation exactly 100 years ago: In 1923, it took them nine rounds to elect the Speaker of the House of Representatives. It should be noted that until the end of the electoral process, the chamber cannot do anything else: all issues have been temporarily stopped.