HomeLatest NewsFrom Alicante to the Olympic Games: the story behind the shoes that...
Latest News

From Alicante to the Olympic Games: the story behind the shoes that break barriers 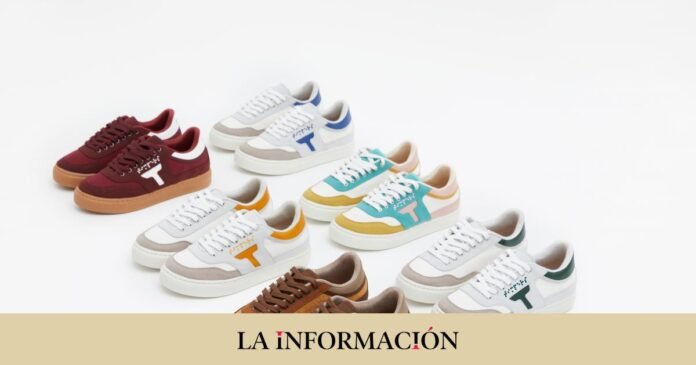 When Diego, Aitor and Roberto met in 2018, they were part of a soccer team in Alicante. Four years later, they are still a team and, far from hanging up their boots, they are in charge of Timpers Brand, a brand of sneakers made entirely in the Alicante province with sustainable and recycled materials.

The curious thing about this story is that before being born as a company, they were born as a purpose. “Aitor and Roberto had an entrepreneurial mentality, they designed some shoes and brought them to the team. We were a team of blind people, and we found them very much how we saw them, how we checked the materials by touch, if they were flexible… better than anyone with vision”, explains Diego Soliveres, founder and head of communication for the brand.

He then set out to make a model in which the view was not the most important thing, but was hidden by the materials, the textures… “That it was accessible and inclusive,” he says. After creating this new design, in which Diego actively participated, the three of them decided to take the project further and, together, they won first prize in an entrepreneurship contest at the University of Alicante, where they all studied. With this new team of three already consolidated, they noticed another singular issue: “They knew that I was blind, but I did not know that my partner Roberto had a kidney transplant and that Aitor suffered from cystic fibrosis. We realized that we had not come together three people with disabilities, so continue with that philosophy and show that a company can grow and break down barriers and stereotypes, that you have to value people for their abilities and not for their disabilities”.

From Alicante to the Olympic Games

Since that first award, “it has been a few years of promotion and an incredible life experience,” he says. “We didn’t sell a single pair, but we started looking for resources, we entered contests…It was non-stop, because manufacturing footwear has many processes: we collected the sole in one place, we took it to the assembly and embroidery in another…”. In 2019, one of the most important moments of this growth arrived: Lanzadera, Juan Roig’s business accelerator, selected them so that they could develop their project, so the three partners moved to Valencia. “That’s where we started to be businessmen. It doesn’t do training and when we got here is when we started to grow.”

They were then followed by prizes and recognitions, and found the official footwear of all the players in the Levante UD adapted sport categories, in that of the 2021 Mutua Open Madrid ball boys and in that of the entire Spanish delegation of the Tokyo 2020 Paralympic Games. “Imagine seeing your shoes in the opening and closing parade of the games, where the whole world sees them… it was incredible,” says Soliveres. Another turning point also came in 2021, when Angels Capital, Roig’s investment fund, again selected his project. Today, Timpers is “the most normal brand in the world”, it is made up of nine people, all of them with some type of disability, and they hope to close the 2022 financial year with twice the turnover of the previous year.

Beyond milestones and recognitions, the hiring of the first worker was, for this entrepreneur, one of the most important moments in the development of this project. “A boy with an intellectual disability as a warehouse operator. There we realized that we had set up a company, because we are hiring workers and making our purpose come true,” he explains.

To continue contributing to this objective, the promoted brand has also ‘People’s Time’, a space where, through interviews, they share the stories and experiences of people with disabilities from all walks of life, such as the singer Serafín Zubiri, the adapted athletics athlete David Casinos or Fide Mirón, vice president of the Spanish Federation of Diseases: “Our intention is for people to see it positively, I don’t like to talk about integration or inclusion, but about normalization. There are many disabilities they are not seen as being a liar or rude, so we have to treat disability as something normal and break down taboos so that more ignorance is not created”, affirms Soliveres.

“There are many disabilities that are not seen, such as being a liar or rude, so we have to treat disability as normal and break down taboos”

Question of inclusion and attitude

With business on the rise, one of the challenges Timpers now faces is finding qualified staff. According to the Observatory on Disability and the Labor Market in Spain, run by Fundación Once, 32% of young people with disabilities do not complete primary school and only 3.8% have higher education. “Finding talent is complicated. At first, it was easier because we got together people with desire and enthusiasm, but as you grow, you need to surround yourself with people who know a lot about their sector and it is very difficult to find qualified and trained people. From institutions and universities have to do something to encourage this, because in the end training is a matter of attitude, tearing down the limits that oneself sets”, claims Soliveres.

Timpers promotional image, with models with and without disabilities. Timpers Brand

Looking ahead to 2023, they will face three other major challenges: the first, will continue to grow in turnover and staff, “as any other company would like”; the second, to launch its first physical store in Valencia, “because given our history it makes perfect sense that there is a space where you can see and touch the shoes”; and the third “and most important”: move away from the social and make the leap to the world of fashion. “Until now we have been seen as a social project, but I think we have exhausted that bullet and if we don’t start selling as a fashion brand we will be dead. The important thing is that we sell shoes, we manufacture here, of good quality, with recycled materials …and that we are also a company that is committed to normalization. We want to turn the headline around, so that disability is just an anecdote.”

This report belongs to the #EnPositivo series of articles, a project that we publish in La Información with the aim of encouraging the reader to discover different, humane, inspiring and, above all, positive news and that we develop thanks to the support of Cepsa.