From fury to silence: US IPOs close the worst year since 1990 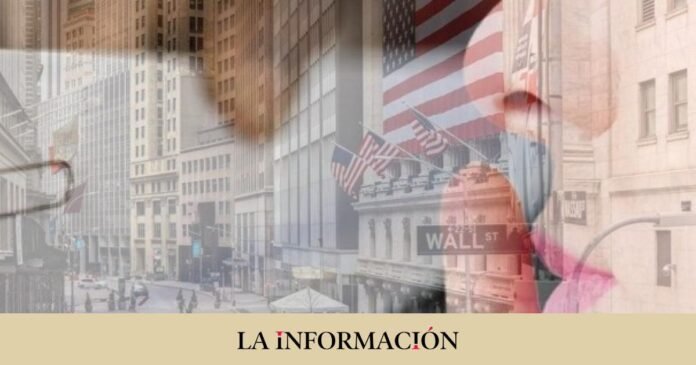 The decline in investment activity on Wall Street is not only derived from the declines registered in the US stock markets. A sample of this winter in the markets can also be seen with the freezing of IPOs, which caused a real frenzy between 2020 and 2021. Now, the picture is quite different.

Global IPO volumes fell 44% between January and September compared with a year earlier, and revenue from these IPOs was down 57%, according to an EY analysis. The activity fell in each of the regions that the consultancy follows. “With uncertainties posing the biggest challenge in the IPO market, companies and investors are expecting more stable and positive stock sentiment,” says Paul Go, IPO analyst at EY.

In the United States, 37 operating companies launched their debut in the US park and raised $7 billion in 2022, the lowest amount of total IPO revenue since $4.3 billion raised in 1990, will be finance from the University of Florida.

Ritter’s numbers do not include SPACs, nor do they include other methods by which companies went public on Wall Street such as direct listing, but they do include the traditional method. Thus, most of the companies that went public this year are not very well known. The biggest was Mobileye Global, with a valuation of $17 billion.

Investor confidence and stock returns fell this year after the Federal Reserve instituted more aggressive monetary policy to combat inflation, sending interest rates up. Higher rates reduce the value of profit streams later in the future and have a negative impact on valuations of growth stocks, a prime area for new IPOs.

It’s also part of the reason why the Nasdaq has fallen more than the rest of this year. In an interview earlier this year, Dan Benton, who was a director of the world’s largest technology hedge fund, said: “The most important thing for stocks is the direction of interest rates.” If these fall significantly, investors and bankers will soon have reason to rejoice, but a recovery is still some way off.

The president of the New York Stock Exchange (NYSE) estimates that the drop in income from IPOs this year is 93%, at the end of November. It was a bumper year globally as businesses took advantage of low rates and pent-up demand after the pandemic. There were 2,341 new issues worldwide last year, raising $428 billion: the most ever recorded, according to data compiled by law firm White & Case.

However, the outlook for IPOs for 2023 is not healthy, according to the Financial Times, describing it as “sluggish at best and comatose at worst for at least the first half of 2023”.

Energy and technology to lead IPOs?

When IPOs return, energy companies, specifically those related to the energy transition or renewables, are likely to lead the way, followed by commercial services, technology companies or medical alogy enabler, says a KPMG survey.

“The UK IPO market, for example, has been muted this year compared to 2021, with more depressed equities being highlighted by respondents as the biggest impediment to its recovery,” says Aadam Brown, Head of Markets Advisory at Capitals in KPMG UK.

“However, this is intertwined with several other factors, including high inflation, the cycle of rate hikes, consumer spending and 2020 earnings. While the second half of the year is marked as the period of greatest return of activity, the first half of 2023 crucial, since it is during this period that we will have greater visibility of the scope, duration and impact of these factors”, he concluded.

Share
Facebook
Twitter
Pinterest
WhatsApp
Previous article
Britain’s support for stripping Harry and Meghan of all titles skyrocketed
Next article
At the Rostov nuclear power plant, a worker was killed and one person was injured due to a fire KXan 36 Daily News