HomeLatest NewsFrom the war in Ukraine to the rise of the Euribor: the...
Latest News

From the war in Ukraine to the rise of the Euribor: the economic milestones of 2022 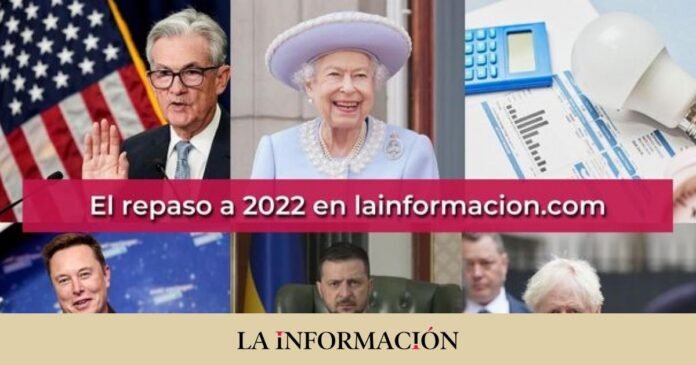 After two intense years trying to overcome the economic effects of the Covid-19 pandemic worldwide, 2022 arrived loaded with historical milestones that have marked the world economies these twelve months. From the war in Ukraine that began in mid-February to the death of Elizabeth II or the purchase of Twitter by Elon Musk.

Undoubtedly, one of the key moments of the year has been the Russian invasion of Ukrainian territory, which occurred on February 24, 2022. Since then, economies around the world have suffered. In Europe, it began to show in prices, as both gas and electricity reached historical records. On March 8 of this same year, it reached 544.98 euros per megawatt hour (MWh). As a consequence, European governments went to work trying to bring prices down. In Spain and Portugal, the so-called ‘Iberian exception’ was discovered, a cap on the price of gas that has allowed electricity bills to be reduced.

As a consequence, over the following months the Government applied and extended a series of packages of anti-crisis measures to deal with inflation. Among these measures, some that have just been extended, are the discount on the price of gasoline, the free public transport or the limit to the increase in the rental price.

The death of Queen Elizabeth II on November 7, the longest-serving monarch after 70 years on the throne, and the subsequent resignation of Liz Truss after succeeding Boris Johnson in July marked the last months of the year. Shortly after, Elon Musk finally took control of Twitter, which subsequently suffered a crisis, both due to resignations and massive layoffs of employees. The final touch of the year is undoubtedly the Euribor, which peaked at more than 3% and in the last week is trading at 3.29%.

Share
Facebook
Twitter
Pinterest
WhatsApp
Previous article
How to get rid of fatigue and really relax on the New Year holidays: important advice from a psychologist
Next article
The LPR People’s Militia reported the destruction of up to 90 Ukrainian soldiers KXan 36 Daily News