Fuels fall to prewar price before end of 20 cent aid 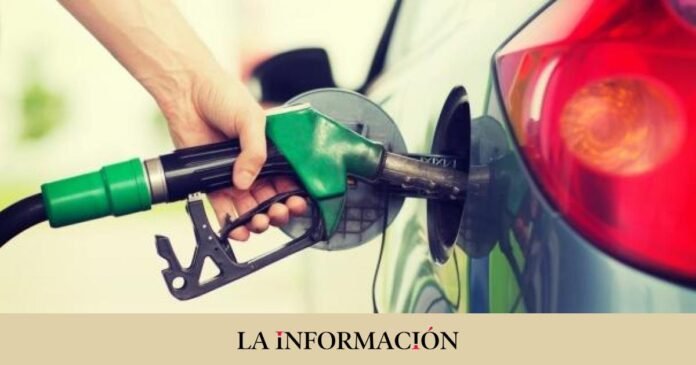 The price of fuels continues to fall. Specifically, a liter of gasoline this week stood at 1,565 euros, after falling 1.57% compared to the previous week, while that of diesel stood at 1,643 euros, 1.08% less in relation to with the previous seven days.

In this way, gasoline chains its sixth consecutive week of declines and recovers levels similar to those before the Russian invasion of Ukraine (which began on February 24, 2022), given that in the week of February 7 the average price of this fuel in Spain stood at 1,559 euros per liter. Meanwhile, diesel has fallen for the ninth week in a row, which is why it has been falling since the end of last October, according to data from the European Union Oil Bulletin collected by Europa Press.

In addition, the price gap between the two fuels remains this week at around eight cents in favor of diesel compared to gasoline, already accumulating 20 consecutive weeks in this situation. With these price levels after the latest falls, both fuels remain far from the highs they reached this summer, when in July gasoline reached 2,141 euros and diesel 2.1 euros.

In fact, the average price of gasoline this week is the lowest since the beginning of February, while in the case of diesel, you have to go back to the week of April 11 to find a lower record. Likewise, gasoline and diesel continue for another week below the amount they marked at the end of March.

Fuel prices without the government discount

This average amount of both fuels includes taxes, but does not reflect the discount that came into force since April 1 of at least 20 cents per liter, since there are higher discounts, depending on the oil and the promotions for loyal customers. . Counting on this subsidy, the price of a liter of gasoline would be 1,365 euros, while that of diesel would be at 1,443 euros, in both cases clearly lower than the price set at the end of March, before the entry into force of the help.

End to the Government bonus to fuels

In this sense, the Government has decided this week to eliminate the general fuel bonus for the year 2023 and it will only be maintained for the group of professionals, which includes carriers, farmers, shipping companies and fishermen. Thus, the 20 cent discount will disappear on January 1 for private customers, so this is the last week that this type of consumer will be able to reduce the discount.

Without taking into account the subsidy, the price of a liter of gasoline is 5.81% more expensive than a year ago, while in the case of diesel the price is 21.97% higher. These figures are recorded in an environment of high crude oil prices in the current context, marked by the war in Ukraine. Thus, this Thursday the barrel of Brent, a reference in Europe, was trading around 82.4 dollars, while the American Texas was trading around 77.1 dollars.

The price of fuels depends on multiple factors, such as its specific price (independent of that of oil), the evolution of crude oil, taxes, the cost of raw materials and logistics, and gross margins. In addition, the evolution in the price of crude oil is not transferred directly to fuel prices, but rather with a time lag.

With these levels, the price of unleaded gasoline of 95 and without taking into account the subsidy, remains in Spain below the average for the European Union, located at 1,637 euros per liter, and for the euro area, with a average price of 1,676 euros. In the case of diesel, the price in Spain is lower than the EU average, which is 1.722 euros, and is also below that of the euro zone, with a price of 1.73 euros.