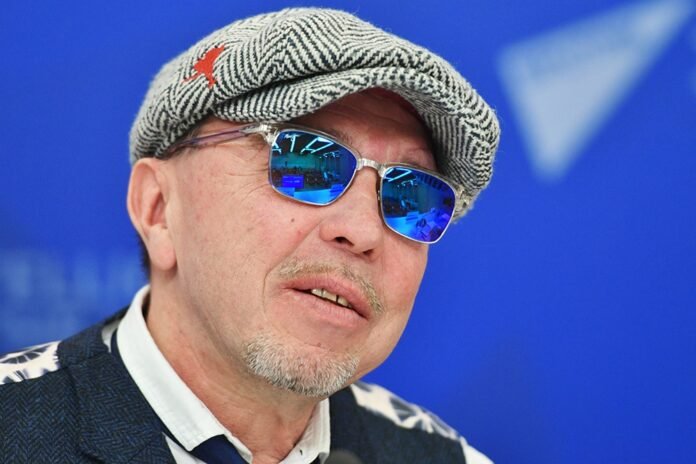 However, it is known that in Kamergersky they plan to celebrate with the premiere of the documentary performance “Anniversaries Jubilee” – this will be a story about how the theater celebrated a birthday in different years of its existence. Another curious performance is “Old Fashioned Comedy”.

At the Moscow Art Theatre. Alexei Arbuzov’s famous Chekhov play will be staged by a young but in-demand director Nikita Kobelev, with favorites Dmitry Nazarov and Olga Vasilyeva in the leading roles. And in March, Denis Azarov will present his version of “Uncle Vanya” on the legendary stage.

Also in March, but already on the stage of the Vakhtangov Theater, the premiere of the play “Amadeus” will take place: Anatoly Shuliev, a student of Rimas Tuminas, is working on the play by Sergei Plotov. The main roles will be performed by the stars of the Vakhtangov troupe – Alexei Guskov and Viktor Dobronravov. No less important than any premiere for the theater on the Arbat will be the opening of the Vakhtangov House in Vladikavkaz.

This goal was long and difficult, and now, finally, the date has been set: April 30. On this day, the house where the great director grew up will open its doors to the first guests. The building has been fully restored, now there will be a museum, an art cafe and, of course, a theater hall. To coincide with the opening of the new space, the Vakhtangov Theater will schedule a grand tour in the North Ossetian capital.

Two interesting works await the viewer in the Theater. Mayakovsky. Egor Peregudov will stage the play “Remembering my wretches…” based on the story by Gabriel García Márquez. People’s artist Igor Kostolevsky will play the main role in the production of the artistic director of Mayakovka. The first shows are scheduled for March. Also, the theater is negotiating with Sergei Ursulyak. A well-known film director has long dreamed of staging something in the theater, what exactly it will be, we will find out later. “Most likely, it is Soviet playwriting, because Sergei Ursulyak loves it and feels good about it. If everything goes well, we will start rehearsals in the second half of winter, and in the spring of 2023 we will present the premiere to the audience,” he said. . specified artistic director.

Already in January, the Oleg Tabakov Theater (TOT) will present the first premiere of the season. The play “The Hunt to Live” based on the works of Vasily Shukshin is being rehearsed by Alena Lapteva, director and actress of TOT. “Shukshin wrote that a good story is a story about” human affairs “, not fictional, but familiar and familiar to the reader. It is in this way, familiar and familiar, that the events and characters of the play” The Hunt to Live “ present themselves”, they say in the theater. The plot will be based on ten well-known stories by Vasily Shukshin, including “Classy Driver”, “Space, Nervous System and Shmat Fat”, “Mother’s Heart” and others.

In the Theater of Nations we are waiting for the premiere of Andrei Prikotenko – Alexander Semchev and Alexandra Revenko will play in their version of Madame Bovary.

In “Sovremennik” Garik Sukachev will sit in the director’s chair: on the main stage he will present the play “Kill Bobrykin”, based on the novel of the same name by Alexandra Nikolaenko.

It will be interesting to follow Lenkom: there are two big names at once: in February, Bulgakov’s Run, which Alexander Lazarev is rehearsing, will settle in the repertoire, and the new director Alexei Frandetti will present a play about Vladimir’s young years. Mayakovsky. The music will be written by rapper Basta, they hope to release the premiere for the poet’s 130th birthday in July.

In BDT them. Tovstonogov (St. Petersburg) also announced high-profile premieres. First of all, Andrei Moguchiy plans to stage two shows: “The Modest Charm of the Bourgeoisie” based on the script by Luis Bunuel and Jean-Claude Carriere and “Zaviruhi Shishov Lane” based on the book of the same name by Eduard Kochergin. In addition, Viktor Ryzhakov (name not yet specified) will present a new work here, and Japanese director Motoi Miura will present Crime and Punishment.

Two Pushkin performances are being prepared at the Alexandrinsky Theater – the children’s “Ruslan and Lyudmila” presented by Anton Okoneshnikov and the People’s Artist of Russia Nikolai Marton will present a new work on Pushkin’s poetry and prose.

Share
Facebook
Twitter
Pinterest
WhatsApp
Previous article
Winter tea (and not only) with herbs, berries, spices: 10 recipes
Next article
What will happen to the salaries of Russians in 2023: the future of the economy is revealed