HomeLatest NewsGermany already suffers from a shortage of medicines due to the industrial...
Latest News 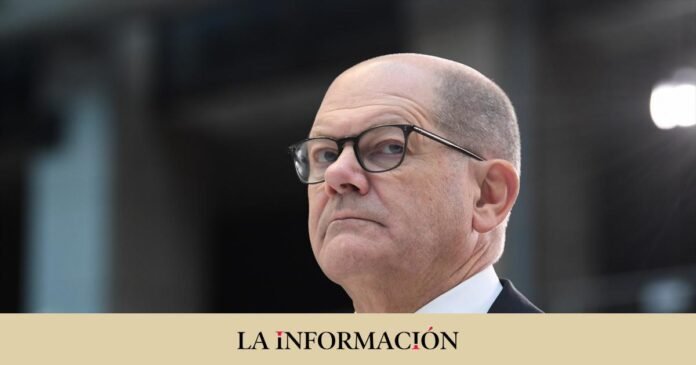 The high costs that natural gas has been recording since last winter have plunged chemical production in Germany. After overcoming the challenge of spending a winter without gas shipments from Moscow, the German country faces another equally important challenge: the shortage of medicines. The industrial production of chemical products has suffered a drop of more than 20% so far this year and this directly affects pharmaceutical manufacturing, which requires these intermediate goods to produce medicines that are later distributed in pharmacies and hospitals.

As also happens in Spain, the problems of the German industry are mainly noticeable in electro-intensive consumers, those that require large amounts of electricity for their production. A specific case of the affected sector is the chemical sector, which employs half a million workers and acts as an intermediate supplier for other sectors, such as the pharmaceutical sector. The lower production of the first weighs down the second, giving rise to this shortage of medicines.

There is a shortage of medicines in pharmacies and even hospitals already have difficulties in acquiring their supplies, due to the difficulties of supplying and substitutes. The wave of respiratory infections that Europe suffers after two years with a mask has helped to aggravate the problem, reaching the point of not discarding medicines such as children’s paracetamol or fever treatments.

The collapse of the chemical industry is shown in the latest quarterly figures made by the German public administration, which stands at 5% of its production. The fear is now that many companies cannot continue to survive due to high costs and end up closing, which would further stress the supply chain that guarantees the manufacture of drugs.

The president of the Federal Chamber of Physicians, Klaus Reinhardt, asked the government of Olaf Scholz to exchange medicines with neighboring countries and not exclude some that have expired for a few months. This request has been rejected by other health entities, which allege that this practice would be “irresponsible” and “a danger to life”, since the possible side effects of its late consumption are unknown.

The association of public health doctors has required the German Ministry of Health to intervene immediately to solve the shortage, even going to international markets to guarantee supply: “We need extraordinary regulations and immediate measures such as the covid principle, when they bought masks and protective equipment,” the president of the KBV medical association Andreas Gassen recently declared.

The Scholz government defends itself against criticism, alleging that it is preparing a bill with which it seeks to alleviate this situation. One of the measures that are considered confirmed involves forcing insurers to import products from various regions of the world, not only from the cheapest supplier, to reduce supply problems.

An inevitable recession for Germany

Estimates recently published by the German Industry Bank (IKB) set an average inflation rate of 5.7% during 2023, and suggests that it will be a year marked by an “inevitable” recession and adjustment processes in the economy, in addition to taking the fall in demand for granted. German GDP, according to his estimates, will fall by 0.8% next year and the economy will not recover until the second half of the year, postponing full recovery to 2024.

It is not all bad news, since the entity believes that the prices of raw materials, exchange rates or the economy are moving in the right direction, something that could change the inflationary dynamics. Regarding energy prices, the bank believes that they will weigh down the country as an industrial location and delay new investments in the short term.

Share
Facebook
Twitter
Pinterest
WhatsApp
Previous article
Only four fruits: the nutritionist pointed out the “little thing” that destroys health KXan 36 Diario
Next article
“I refused the trip, but the money was written off”: ​​Rospotrebnadzor answered the most resonant questions about the work of taxis and car sharing KXan 36 Daily News

The Russian Defense Ministry announced the liberation of the Blagodatnoye settlement