Germany closes 2022 with record employment but cornered by rising prices 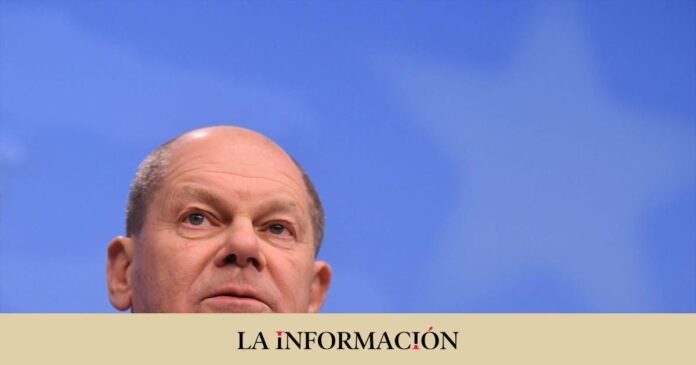 Germany has closed 2022 with a new milestone in employment figures. About 45.6 million people were working in the German country at the end of a year that has hit the economy of Berlin hard, as a result of the Russian invasion of Ukraine. The last year has left historical levels of inflation, which in the month of November stood at 10.1% of GDP, which has revived the nightmare experienced after the First World War and has led the chancellor, Olaf Scholz, to launch the entire state machinery to curb the impact of its high independence from Putin’s gas.

The Federal Statistical Office (Destatis) has published provisional data that represents an increase of 1.3% compared to 2021, that is, there are 589,000 more people employed in Germany. Which is also an improvement compared to the maximum reached in 2019, before unleashing the coronavirus pandemic, when there were 45.3 million employees in the Central European country. Therefore, the trend of sustained increase in this economic aspect, which had been interrupted after 14 years of growth due to the covid, is recovered.

These data show that there are two main keys behind the positive employment data: the immigration of foreign workers and the increase in the number of wage earners to 643,000 people. On the other hand, the downward trend in the number of self-employed continues for the eleventh consecutive year, a sector that has lost 54,000 people this year. In addition, they have confirmed the contracts with marginal salaries, of short duration or with minimum remuneration for long-term unemployed; however, it does not reach pre-pandemic levels.

These movements seem to have offset the moderating effects of the demographic characteristics of the country, which expects to see a significant reduction in its working-age population in the medium term. The fertility rate in the country with its capital in Berlin has not reached the replacement number (2.1 children per woman) since the early 1970s, which has resulted in a significant aging of its population. However, in recent years it has been around 1.5, unlike at the end and beginning of the century, where it was close to 1.3.

Federal, a few months after the Social Democrat took victory in the general elections of September 2021. Germany had increased depending on Russia during the governments of Angela Merkel because it was cheaper, which had come to represent 60% of your purchases. Scholz, new to office, was probably forced to declare a “change of era” or “Zeitenwende”.

The tripartite government, led by the Social Democrats, the Liberals and the Greens, has managed to save the winter and race against the clock to solve this dependency, with the aim of eliminating it completely by 2024. However, this effort has turned into the prices of the energy, which have grown by more than 39%, leaving a CPI of 10.1% of GDP at the end of the year. In addition, the increase experienced by food and non-alcoholic beverages is especially significant, which at the end of December sold 19.9% ​​more media faces than a year ago.