HomeLatest NewsGoldman withdraws in Santander and BBVA after the expiration of the 'witching...
Latest News 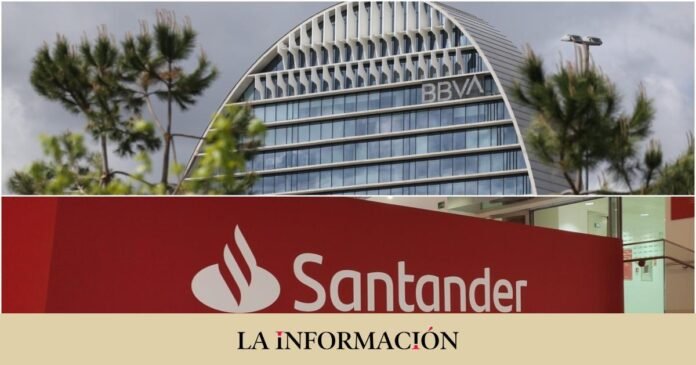 Gone in the blink of an eye. Goldman Sachs has communicated through the CNMV forms that it no longer has 7.4% of Banco Santander and BBVA. Therefore, it ceases to be a significant shareholder in both banks according to the criteria of the supervisor chaired by Rodrigo Buenaventura, who puts intermediaries and final beneficiaries of the shares in the same bag as investors in cash or through derivatives.

Goldman disappears from the share map published by the CNMV due to the expiration of most of its portfolio of financial derivatives that were extinguished on December 16 during the so-called ‘witch hour’, as ‘La Información’ advanced. He has now notified it through the same channel that he used to point out that he controlled 7.4% in both banks, a percentage equivalent to about 6,000 million euros if they were in shares.

According to the new registry, Goldman has reduced its position in Banco Santander from 7.4% to 0.6%, while in BBVA it has decreased from 7.4% to 1%. In both cases, there has not been any massive sale of shares, it is simply that the financial instruments that gave it the possibility of achieving that participation have ceased to exist. However, the CNMV does not oblige institutional investors to clarify these points.

Goldman sources told ‘La Información’ that it deals “only with client positions and the trading portfolio” and has been forced to notify the CNMV to comply with Spanish regulations. The supervisor obliges brokers to disclose their participation in a company to the public if they control more than 5% of the capital, even if it is their trading portfolio or only act on behalf of their clients. Usually, as is the case, only a small proportion of the investments belong directly to the intermediary

In the same way as in Santander and BBVA, the American broker declared last week that it controlled a little more than 6% of the electric company Iberdrola with derivatives, a percentage valued in its equivalent in action at more than 4,200 million euros. However, Goldman’s presence will disappear, as has happened in the two banks, since just over 2.1% of derivatives (options and futures) expired last Friday and no longer exist.