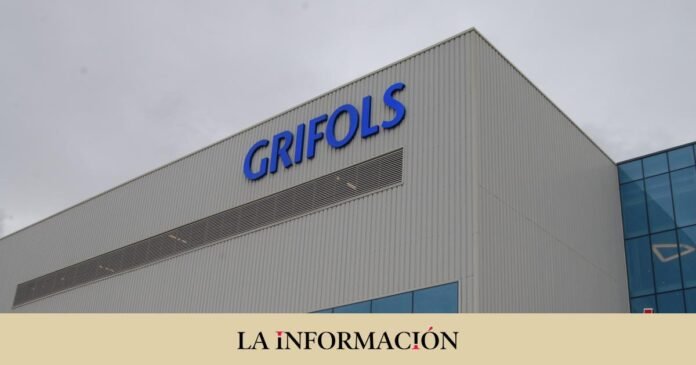 After the storm comes the calm. Grifols kicks off 2023 with a bang on the stock market and stands out in the first trading days of the year. The group of blood products has become one of the leading values ​​of the Ibex with a revaluation of more than 9.5% after three upward sessions. The company has remained at the head of the increases after opening the year with an advance of 4.22%, which has been preceded by two other comebacks of 2.45% and 2.61%.

8.11 euro. Since then, the Barcelona-based group’s titles have recovered slightly and are trading at a price of 11.8 euros at the market close this Wednesday. The increase in sales by almost 20% during the third, together with the change in management with the appointment as executive president of Steven F. Mayer, former co-director of Cerberus Global Private Equit, and independent director of the group, has encouraged the quarter investors, who have given a vote of confidence to this value of the Ibex in recent months. “It is possible that it is one of the values ​​to consider this year”, specifies the director of Investments of ATL Capital, Ignacio Cantos.

The intention of the signing is to convey a message of calm to the market, with a focus on executing the strategic plan and reducing debt levels, something for which it has been severely penalized. In the presentation of the results of the third year, Grifols has admitted a level of leverage of 9,380 million, a figure that they trust will have reduced EBITDA to 7.9 times at the end of last year thanks to its divestment plan. Between January and September, Ebitda amounted to 927 million.

The ‘rally’ of more than 21% registered in the last three months of the year has not been enough to offset the 50.75% drop registered during the summer months. From the maximum of 31 euros that it reached at the end of 2019 and in April 2020, at the height of the health emergency in Spain, its share has lost almost 62%. The pandemic, which has sunk its plasma reserves, has also been another of the vectors that has punished the stock, becoming one of the red lanterns of the index in 2022, after losing 36% in the annual calculation. This places it in fourth position by volume of major losses, only behind Fluidra (-59%), Rovi (-51%) and Cellnex Telecom (-39%). Thus, its stock market valuation reaches 7,040 million, with a cut of 2,700 million since the end of 2021.

“Grifols has begun to recover from lows and little by little has stabilized,” says XTB analyst Manuel Pinto, who points out that it has managed to break the 11-euro mold and has the possibility of continuing this positive trend. Along these lines, the ‘Bloomberg’ consensus sets up to a twelve-month potential of 40% on the stock market, up to 16.29 euros, with 21 analysts in favor of including this value in the portfolio, of which 15 advise buying.

The company, which has openly ruled out carrying out a capital increase, keeps the distribution of the dividend frozen until the leverage ratio is reduced to four times the ebitda and rules out any acquisition. The purchase of its rival in Germany, Biotest, weighs on financial expenses, which continues to condition profit. Between January and September, the registered earnings of 188 million, which is 30% less than the same period of the previous year.

The tailwinds for this firm occur in the heat of the rise in the Ibex, which has added more than 4% since last Monday, boosted precisely by this value. The war in Ukraine, the rise in interest rates and inflation have drawn a gloomy picture for the financial markets in the last year, where Spanish pharmaceuticals have not fared well. The exit of the main index of the Spanish stock market of PharmaMar, a gap that Logista now occupies, leaves this sector with only two companies on the Ibex, Grifols and Rovi, which after the aforementioned bump in 2022, recovered positions with an advance of 2 .5% in the last three days.

Share
Facebook
Twitter
Pinterest
WhatsApp
Previous article
Taiwan has expanded restrictions on exporting goods to Russia and Belarus KXan 36 Daily News
Next article
In Khabarovsk, a bus driver was arrested due to an accident with shift workers KXan 36 Daily News