HomeLatest NewsGrisi takes the reins of Santander with the challenges of profitability and...
Latest News 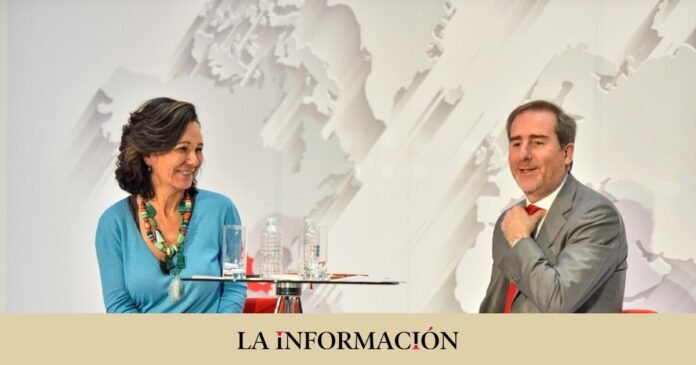 The replacement of José Antonio Alvarez as CEO of Banco Santander has been somewhat tumultuous. After the setback caused by the signing of Andrea Orcel, the entity chaired by Ana Botín has opted for a man of the house such as Héctor Grisi, who knows the bank inside out perfectly. Close sources highlight the character of Grisi, whom they describe as a close, affable and simple man. From Credit Suisse, he believes that the appointment of the new CEO will be a catalyst, thinking that there is room for him to promote “greater connectivity and integration throughout the bank’s footprint, improving efficiency and profitability, focusing on the optimization of capital.”

However, it will be on February 28, the day of Investors Day, when Grisi has his long-standing with the market. For the Swiss investment bank, it could produce “the announcement of a potential increase in payment rates and new profitability targets.” The bank is also expected to unveil its new roadmap.

Although Banco Santander announced his appointment in the middle of the year, it was not until January 1, 2023 when he fully assumed the position. Until this date, Grisi had led Santander Mexico with great success. The subsidiary perfectly replicates, but on a smaller scale, the group’s business model. In other words, it has great potential in retail banking, but it also has important business areas in Wealth Management and investment banking (with Santander CIB). In addition, it is a country that has grown a lot in recent years in digitization.

Giving continuity to the bank’s digitization strategy is precisely one of the challenges for the new director, who will be delegated, taking into account that the group has not only been investing in it for several years, but that its digital payment platform, PagoNx, is one of the three pillars (together with Santander One and Digital Consumer Bank) on which the strategy is based. And, for now, the balance is positive: revenue grew 75% year-on-year in the third quarter, above the bank’s target of 50%. In this sense, the president of the entity, Ana Botín, has declared that she expects it to be one of the 10 largest platforms in the medium term, competing with Apple Pay or JP Morgan, among others.

You will have to deal with increased expenses

Grisi will have to achieve not only “visibility of the group’s strategy”, as market sources point out, but also that they will have a reflection on the evolution of capital and efficiency, showing a more profitable diversification. In this regard, Goldman Sachs analysts highlight that the global presence of Banco Santander allows the entity to benefit from the increase in rates and efficiencies in Europe, as well as the growth dynamics in Latin America. “We see that this leads to higher performances, which allows the continuous accumulation of capital and a greater distribution of shareholders”, they highlight.

Grisi will also have the task of convincing the market of the bank’s potential. “The market does not end up looking favorably on the market efficiency ratio either,” explains Nuria Álvarez, an analyst at Renta 4. It must not be forgotten that operating costs grew by 6% in the third quarter to exceed 17,000 million, while the increase in the gross margin was 5% and that of the interest margin, 8%. “The market takes this into account, especially since costs grow at a higher rate than income, especially in Brazil,” explains the financial analyst.

But 2023 will not be easy in this matter, since it is expected to be especially complex in Spain, while analysts contemplate better performance in other countries. In fact Credit Suisse focuses on it. The bank recalls, among other aspects, that the AEB banking agreement, in which Banco Santander is a member, has introduced an amendment that includes a 4.5% salary increase, which will have an additional impact on the costs of 0.5%.

In terms of governance, Grisi will maintain executive functions over the business, like José Antonio Álvarez, while the president will have them over the strategy and the digital part, internal sources from the bank will point out. A change promoted by the European Central Bank (ECB) and which is in line with the Anglo-Saxon model. Finally, Grisi will have the challenge of measuring himself against the previous CEO of the bank. José Antonio Álvarez will not be present at the presentation of results for the 2022 financial year, but it is foreseeable that he will have brought the bank a historic profit of 9,000 million euros.

Share
Facebook
Twitter
Pinterest
WhatsApp
Previous article
55 years ago, the cartoon “Kid and Carlson” was released: the Soviet adaptation was different from the original, but Lindgren was delighted
Next article
Mishustin in New Year’s greetings urged Russians to face challenges and threats KXan 36 Daily News