He saved the wounded under heavy fire: Senior Warrant Officer Valery Schmidt pulled eight soldiers out of the shelling. 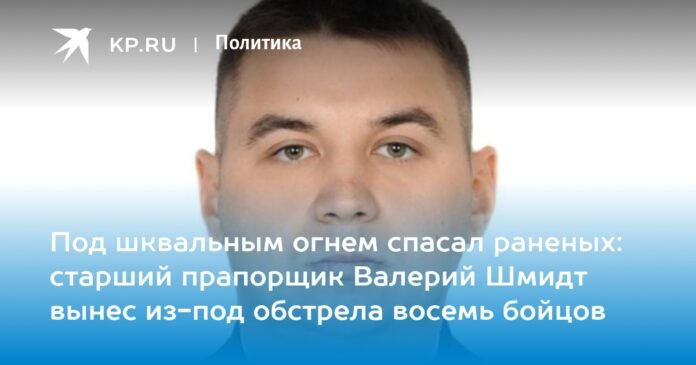 “God have mercy, we are Russians! Let’s crush the enemy! And the victory over him, and the victory over deception will be a victory! ”, – Said Generalissimo Alexander Suvorov, who did not lose a single battle. And he taught the soldiers: “Comrade, defend your comrade! Do not shoot, do not shoot unnecessarily, hit and drive the enemy with a bayonet, work quickly, quickly, boldly, in Russian! Do not enter the houses, forgive the enemy who asks for mercy, do not kill the unarmed, do not fight with women, do not touch the young. Which of us will die? The Kingdom of Heaven, the living! Glory! glory! glory!”.

THE WOUNDED FIGHTED FOR SIX HOURS

“The commander of the infantry fighting vehicle, Sailor Nikita Shomin, carried out the task of delivering personnel and ammunition to the front line of combat operations. Moving along the route under conditions of artillery attacks from the nationalists, he quickly delivered people and ammunition to the positions, after which he proceeded to evacuate the wounded Russian military personnel to a safe area. A few days later, Nikita was escorting a reconnaissance party of the Russian army. At the entrance to the settlement, the enemy began to attack the combat vehicle under the command of the sailor Nikita Shomin. As a result of the equipment explosion, the BMP crew and personnel were seriously injured. Nevertheless, Nikita, not sparing his own life, provided first aid to himself and his comrades, took command of the group, led the personnel of the wrecked infantry fighting vehicle to the adjacent forest belt, where he took an advantageous position and organized the defense. . The enemy kept advancing. During the defensive battle, another group of Russian servicemen joined the group under the command of the sailor Shomin. Under heavy fire from Nationalist artillery and infantry, a group led by sailor Shomin fought for 6 hours and held their positions. As a result of the battle, the nationalists, having suffered significant losses, withdrew.

DRAWN EIGHT FIGHTERS FROM THE FIRE

During a fierce battle with the Ukrainian nationalists who controlled one of the settlements, Valery, who was under heavy enemy fire, provided emergency assistance at the shelling sites and only then evacuated the wounded from the battlefield to a safe place and disguised them. . Valery Schmidt personally carried eight wounded Russian servicemen who were unable to move independently under enemy fire to safety, after which he gave them first aid, which saved their lives. After the battle, Valery ensured the evacuation of all the wounded to the field medical detachment. In addition, Chief Warrant Officer Schmidt repeatedly provided medical assistance to civilians who suffered from Nationalist shelling.

Share
Facebook
Twitter
Pinterest
WhatsApp
Previous article
Chainsaw man: Pan Piano made the saddest Himeno cosplay you’ll find online
Next article
In Uzbekistan a case was opened after the death of 18 children by a syrup against SARS KXan 36 Daily News