Heat of passion: Katya Darma – about the seven main events of 2022 in the fashion industry 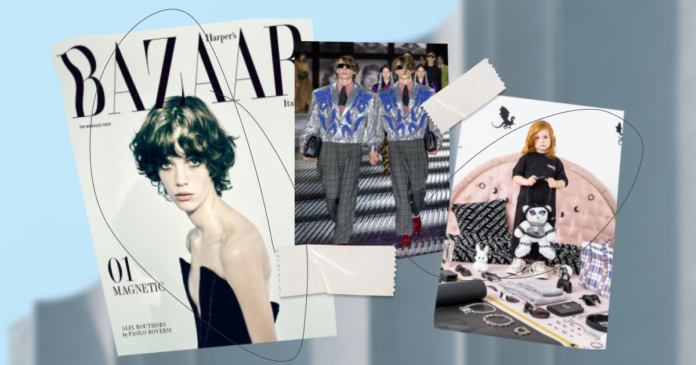 Milan, although it will always be one of the four fashion capitals, has fallen silent again in recent years. Giorgio Armani, Versace, Max Mara, Dolce & Gabbana – the mastodon collections of the Italian industry rarely surprise. The city, after the excitement around Alessandro Michele’s Gucci had died down, lacked something new. And he did it: 2022 gave Milan several debuts at once. Thus, 27-year-old Maximilian Davis in the Ferragamo collection brought new energy to the Italian house. Ruigi Villasenora gave a 180 degree turn to the Bally aesthetic. Marco de Vincenzo made his debut at Etro and, abandoning the recognizable paisley prints, showed one of the brightest collections of the season. On the contrary, Camilla Miceli at Pucci focuses on playing with iconic prints, so successful that now everyone wants to be on the beach in a sarong as soon as possible or on the ski slope in a Fusalp capsule jumpsuit.

And these are just brand new names: Let’s not forget that Mathieu Blazy is showing up in Milan, who brought Bottega Veneta back to Most Wanted status in a couple of seasons. Jil Sander of Luke and Lucy Meyer, Fendi of Kim Jones, Prada of Miuccia Prada and Raf Simons, Gucci, no longer Alessandro Michele, but probably with a plan of what to do next. And we’ll probably find out all the details very soon.