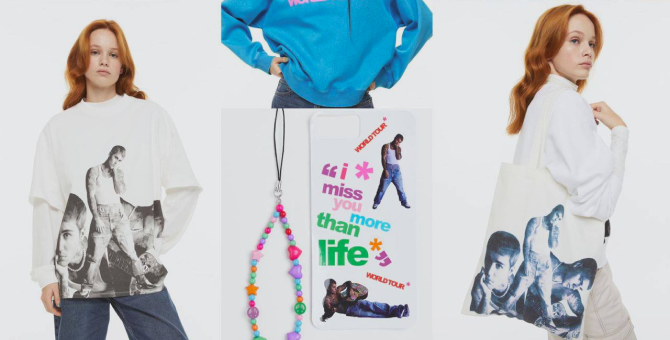 H&M has withdrawn Justin Bieber merchandise from sale following criticism of the singer. Hypebae writes about it.

“H&M followed the proper approval procedures. But out of respect for cooperation and for Justin Bieber, we are removing these clothes from sale,” said representatives of the RIA Novosti company.

The day before, the musician called the brand’s products garbage with his image on social networks. He also urged all fans not to buy it. In addition, the artist said that he did not give his consent for the release of this collection. The stores sold sweatshirts, dresses, T-shirts, bags, and phone cases. In addition to Bieber’s photos, lines from his song appeared on things: “I miss you more than life” (from the song “Ghost”).

Earlier in Los Angeles he opened a new Loewe store with a Justin Bieber sculpture. The 3,700-square-foot space blends California sunshine with tile. Thus, the designer pays tribute to the homeland of the brand – Spain. Similar tiles can be found everywhere in Madrid and Valencia.

Share
Facebook
Twitter
Pinterest
WhatsApp
Previous article
The national guardsmen, who were returning from a special operation, made proposals to their loved ones
Next article
What Christmas Lottery draw prizes have already come out?