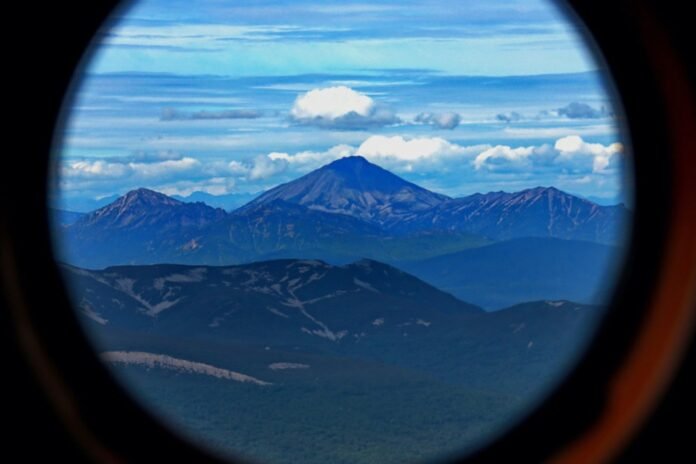 Sergey Borisovich, is it possible to say that today there is a growing interest in volcanology?

Sergei Samoylenko: Today there is an interest in science in general. For guys, it becomes understandable and even everyday. Many go to science through information technology. It is not only about programming, but also about the scope of application of knowledge from other areas, including volcanology.

And by the way, volcanology is not just about observing eruptions. It is the way we study our planet.

How dangerous is volcanic activity for the inhabitants of the region?

Sergei Samoylenko: Fortunately, today the volcanoes mainly act as a landmark of the region, attracting tourists. The most active – Shiveluch, Ksudach, Bezymyanny or Karymsky – broke out very strongly in the Holocene, during the period of settlement of people in Kamchatka. They are located quite far from settlements and roads. Since the time of the Kamchatka explorer Stepan Krasheninnikov, that is, since the middle of the 18th century, eruptions have not brought any serious disaster. Also, we are learning to monitor and now we can foresee a lot. The bigger the event, the easier it is to predict.

However, was it the volcanoes that largely shaped the natural conditions of Kamchatka?

Sergei Samoylenko: In the last ten thousand years, these erupting giants have created a very interesting hydrological system on the peninsula. Both active volcanism and glaciation converged on it. The ice caps accumulate on the tops of the mountains. Volcanoes release this water gradually, with a relatively uniform flow. The water immediately enters the well-permeable deposits of volcanic rocks. This is a porous material. And when the water passes through it, it becomes well purified and mineralized, neutral, suitable for both plants and fish. The system is very suitable for creating spawning grounds for salmon. Rivers in such conditions are fed mainly underground. They do not freeze completely even in winter. All this leads to aeration of the water. In addition, well-ventilated sandy pits are formed at the bottom by underground springs. All these are ideal conditions for seven species of wild salmon from the Pacific Ocean and the Sea of ​​Okhotsk to enter the peninsula every year in myriad numbers, finding places to spawn.

As far as I know, renewable geothermal resources play an important role in Kamchatka’s energy system.

Sergei Samoylenko: There are not many places on the planet where steam comes out of the ground, capable of turning a turbine. In our country, such conditions are observed only in the Kuriles and Kamchatka. Therefore, in the 60s of the last century, the first experimental power plant, Pauzhetskaya, appeared on the peninsula. Then, in the 1970s and 1980s, a power supply system for the southern Kuriles was developed. Now he is operating a small geothermal station in Iturup. And in Kamchatka, in the mid-90s, Mutnovskaya GeoPP was launched with a potential of 90 megawatts and a working capacity that is currently in use is 50 megawatts. Together with Pauzhetskaya, they generate 27 percent of all the electricity needed by the Kamchatka Territory. Compared to large hydroelectric power plants or nuclear power plants, this is not much. But only about 300 thousand people live in Kamchatka.

Very large fields have also been explored in the extreme south of the peninsula, which are capable of producing about 200 megawatts. But we must be aware that geothermal energy is not entirely free. It constantly requires the drilling of new wells, since the existing ones are clogged from the inside. Yes, and the water that left the aquifer must be returned to the depth. These are also costs and certain technological difficulties. Geothermal is a very good source of energy, but there are others in Kamchatka. For example, wind, tides and sun. Yes, we have many sunny days and good quality of insolation.

Scientists are constantly looking for gold, platinum, or other elements in volcanic rocks. But the precious metal content there is microscopic. That is, we are not talking about finding a deposit for development. And about what?

Sergey Samoylenko: There are useful substances that have been used for a long time. For example, gold or platinum. But lately we have also learned to use a lot of rare metals. For example, neodymium is rarely found in nature. And it wasn’t particularly necessary until people came up with the idea of ​​making super-strong permanent magnets from an alloy with it. As we enter the age of electric vehicles, it suddenly turns out that neodymium is becoming one of the keys to the economy. Another example. Lithium is needed for batteries, phones, laptops. And it is becoming very popular, although 30-40 years ago it was not. We know well where to look for fossils whose usefulness has been established 100 years ago. But now completely different ones are coming to light: rhenium, ruthenium, neodymium, praseodymium, yttrium. Perhaps studying the mechanisms of the appearance of various elements near the Earth’s surface in 30 years will give us a way to find fossil deposits, the need for which we do not even suspect today. Technologies will change and some unpredictable element on the periodic table will become the new “gold”. Therefore, volcanism is the key to the future.

And yet, when we talk about the impact of volcanoes on the economy of Kamchatka, we first of all remember tourism…

Sergei Samoylenko: Despite the fact that its share in the regional GRP is only two percent. And this is unlikely to change in the future. The main emphasis will be placed on the extraction of fish and shellfish, minerals. In addition, the sphere of logistics is drawn in the future. This is connected with the Northern Sea Route as a permanent artery for communication between the European part of Russia and Southeast Asia. In Kamchatka, a transport center must inevitably appear, and between industries – ship repair, provision of large-tonnage shipping companies. All of this will require a completely different staff structure. Highly skilled craftsmen will come to the region.

By the way, tourists can be attracted not only by climbing volcanoes, but also by hot springs. This resource has been explored, but is not fully used. Here the joint work of the State and companies is necessary to not only equip the camps, but also to lay roads to them. And to do all this in such a way that the interaction with nature in the new resorts is modern. So that in 50 years we understand that Kamchatka is here, and not some kind of construction site.

Share
Facebook
Twitter
Pinterest
WhatsApp
Previous article
In Primorye, a forest cat from the Red Book fell into a trap KXan 36 Daily News
Next article
The largest car plant in the Urals will increase production by another 40 percent KXan 36 Daily News