HomeLatest NewsHow many years do you have to contribute to collect 100% of...
Latest News

How many years do you have to contribute to collect 100% of the pension in 2023? 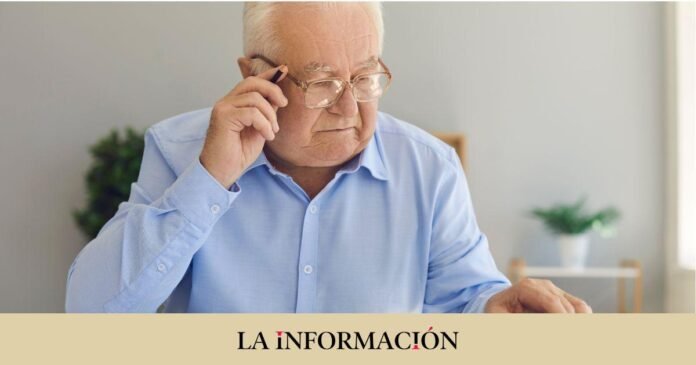 As tradition marks, the new year will be accompanied by many changes and a good part of them will affect issues as relevant as the Spanish pension system. The Ministry of Inclusion, Social Security and Migrations, led by José Luis Escrivá, has approved a series of modifications that will have a direct impact on the retirement age, the years that must be contributed or the pension calculation method, some matters that should be taken into account by those who want to collect 100% of the pension in 2023.

After knowing the inflation figure for last November, the 8.5% increase in all Social Security pensions in Spain was discovered. The Government of Spain assured that these will be revalued throughout 2023, although the arrival will even reach double digits. However, the Executive expects the CPI to be established in the second quarter of the new year.

In 2023, the changes in pensions will be a reality. One of the main variations is that Social Security has warned the duration of the contribution period for those who wish to end their working life at age 65. On the other hand, the age is maintained for those to whom the legislation prior to 2013 applies, and it can be lowered or anticipated in the case of registered employees or in an assimilated situation.

The origin of the changes that will be used in 2023 in the pension system dates back to the 2011 pension reform, which began to be applied in 2013. It will delay the retirement age and increase the requirements to be entitled to receive a larger pension. In turn, it established a progressive calendar for these two variants until 2027.

There is something that has not changed and that is that the minimum retirement age is still set at 65 years. But the time that must have contributed at that age to collect 100% of the pension increases to 37 years and nine months, while it was 37 years and six months in 2022. In addition, it will be necessary to have contributed more time to be able to collect 100% of the regulatory base: it goes from 36 years in 2022, to 36 and a half years. That is, it increases a total of six months.

The retirement age to collect 100% of the pension

The retirement age will follow the trend of 2023 and will increase in the coming years. Thus, in 2024, to collect 100% of the pension and be able to retire at age 65, the worker must have contributed for around 38 years, while, if the period worked is less than this, retirement will become effective at 66 years and six months. In 2025, the contribution period will compensate at 38 years and three months to retire at 65 years and, if under 38 years, at 66 years and eight months.

In 2026, the contribution periods will not undergo major changes but, from 2027, retirement will be an option at age 65, as long as 38 years and about six months have contributed. If that time is less, the worker will not be able to retire until the age of 67. To account for the contribution time, full years and months are taken into account, but fractions thereof are not equated to a year or a month.

Share
Facebook
Twitter
Pinterest
WhatsApp
Previous article
The President of Latvia called the fight against the Russian language a “historic step”
Next article
In Krasnoyarsk, the former judge was sentenced to 13 years in a strict regime KXan 36 Daily News