HomeLatest NewsHow should you invest the Jackpot if you win the Christmas Lottery...
Latest News

How should you invest the Jackpot if you win the Christmas Lottery this year? 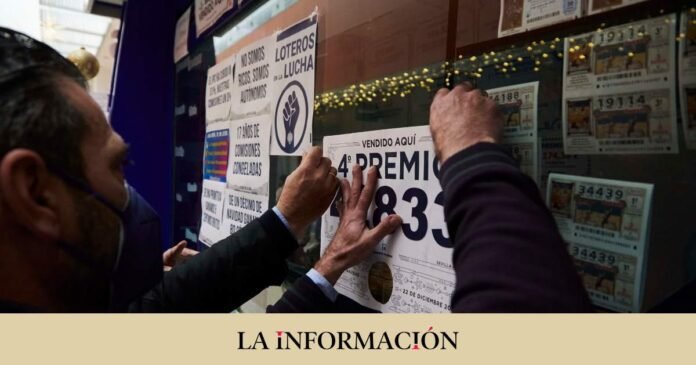 This Thursday, December 22, the Extraordinary Christmas Lottery Draw will start, which will shower the lucky ones with up to 2,520 million euros. The winners who win the first prize, the Christmas Jackpot, endowed with 400,000 euros, will receive a net amount of 328,000 euros, once the corresponding 20% ​​tax withholding is applied, while the winners of the second prize, with 125,000 euros, will receive a net import of 108,000 euros. The third prize, of 50,000 euros, will be 48,000 euros net. Although the winner may be tempted to spend that import or pay off debts, in an inflationary environment, the best option is to invest it. Here you have several options.

The investment in brick is intrinsic to the Spanish investor due to the possibility of placing the money in real assets. In that sense, buying a home to put it up for rent can be attractive. According to Idealista’s data, for this third quarter, the profitability of was 7.1%, a figure in line with that registered in the third quarter of 2017 and almost two points above the third quarter of 2012, when it stood at 5.3%. Likewise, this percentage serves to beat inflation in Spain, which moderated to 6.8% in November.

Invest in bonds and stocks

Another option that the winners of the Extraordinary Christmas Lottery Draw have is to invest the prize in bonds and shares. From Mutuactivos they point out that the increase in interest rates allows, for the first time in years, to build an attractive fixed income portfolio. For example, the yield on the Spanish 10-year bond has increased significantly to the current 3.3% from 0.55% a year ago. As for shares, also from Mutuactivos invested in equities, but in the long term and for companies that have been penalized by the rise in interest rates, such as Colonial.

Invest in deposits and accounts

The deposit war maintained by certain small and medium-sized European banks may be another option for the most conservative winner, since the returns they offer are guaranteed and, in addition, the investment is protected up to 100,000 euros per holder and account by the Fund. Deposit Guarantee of each country. In these products, a return of more than 3% can be achieved for longer-term deposits: between three and five years.

Investment in gold can also be another option to place the ‘Christmas Fat’. It is expected that an ounce of the precious metal will end at 1,700 euros at the end of the year, but it would continue to rise to 1,750 dollars in 2023. And the fact is that the Federal Reserve of the United States will continue to raise interest rates, although less aggressively than the initial calculations.

Regardless of the age of the winner, contracting a pension plan is another interesting idea to allocate the amount of the prize. To begin with, because it allows tax deferral and can reduce the personal income tax bill, but also because it is final savings, which allows you to build a cushion for retirement so as not to lose purchasing power once retirement arrives. If it is a young profile, you can opt for more aggressive pension plans (with a greater weight in variable income), to gradually moderate the investment as retirement age approaches, increasing the weight of fixed income in the portfolio .