How to renew the new free Renfe subscription for 2023: requirements and deadlines 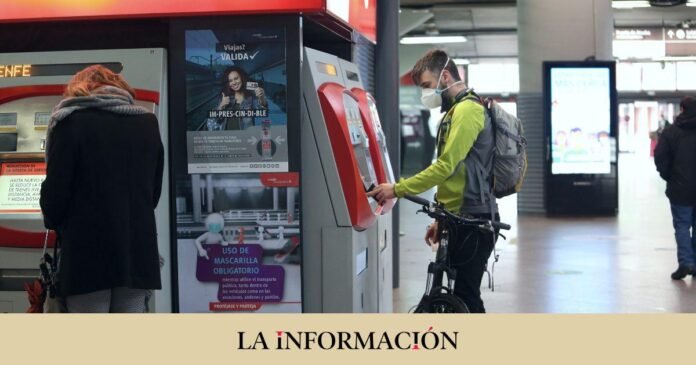 Renfe has opened from today, Thursday, December 29, the period to acquire the Cercanías, Rodalies and Media Distancia transport passes free of charge. Likewise, the price of tickets for Avant services will once again have a 50% discount during the period, and new subscriptions are created for high-speed commercial services on certain routes. Free medium-distance rail services are maintained

The extension of this measure is due to the Government’s approval of the sixth package of economic measures to deal with inflation and the economic effects of the war in Ukraine. Likewise, others have also been extended, such as the aid of 20 cents per liter of gasoline, although only for the most affected professional sectors, the reductions in the price of electricity and the limitation on the increase in the rental price up to 2%. The novelty has been the incorporation of a check for 200 euros to cover the high cost of the shopping cart, as well as the elimination of VAT for certain staple foods.

This is not the only measure established for public transport. The President of the Government, Pedro Sánchez, observed during the press conference that they will use a 30% discount on urban transport in those territories where the regional governments complement up to 50%. Isabel Díaz Ayuso, president of the Community of Madrid, announced yesterday that the bonus will be maintained in the territory and will increase it to 60% in the month of February. Six other autonomous communities have guaranteed that they will maintain these discounts during the first six months of the year.

How to request the free Renfe voucher for 2023

As with the previous ones, users will have to request these passes through the Renfe website or app and deposit a deposit of between 10 and 20 euros, depending on the service used. In the case of Cercanías and Rodalies, it will be a deposit of 10 euros, while for Media Distancia the deposit will be up to 20 euros.

Of course, it will be carried out as long as more than 16 trips have been made during the four months of validity. Remember that these passes are only valid for the same origin and destination, so for other routes it will be necessary to purchase a new one.

Children under 14 years of age who do not have a DNI may obtain a recurring subscription for Media Distancia services. In this case, the father, mother or legal guardian may request it in her name, through her NIF, NIE or passport, with a maximum of up to four child passes for one origin and destination, during the period of validity.

Deadlines and dates to renew the subscription

The subscription has a validity date of up to four months, so it can be requested from today, Thursday, December 29, and will begin to be enjoyed from January 1 to April 30, 2023. To be able to use it it will not be necessary to renew it on a monthly basis. Any user can request more than one subscription per person, as long as the corresponding deposit is paid for each type of service.

Once the user has purchased the subscription, use formalize the trip, indicating, therefore, which day and which train they wish to travel on. This can be done through the Renfe app or website in the “My season tickets” section and selecting the “New formalization” option.

In the case of free commuter passes, it will allow you to make unlimited trips between any of the stations in the commuter hub of the town for which you have purchased the pass. For certain AVE routes, those whose travel time is less than 100 minutes, customers may purchase the new Recurring AVE Bonus, which offers a 50% discount on the price.

Limits of use of the free bonus

This year, Renfe has established new limitations to prevent the abuse of these free passes. Since last December 7, the new measures published in the Official State Gazette (BOE) have been in force, which modifies the sale and use of free Media Distancia multi-trip tickets, which restricts the formalization of trips, the acquisition of season tickets and repeated irregular uses are penalized, among other actions.

It is considered improper use to formalize, within the validity period of the pass, 3 times without traveling or canceling the trip at least 2 hours in advance, or traveling with another person’s pass. In total, nearly 200 subscriptions have already been withdrawn for these reasons.

As indicated on the Renfe website, it will not be allowed to formalize two trips in the same direction until triple the scheduled travel time has elapsed. Although for the same route you can only formalize four trips a day (round trip).

On trains with high demand, up to 10% more standing passengers than seated seats will be admitted. For trains, and only for these additional tickets, a ticket without seat reservation will be issued. The rest of the passage will have a seat reservation, although without seat selection.