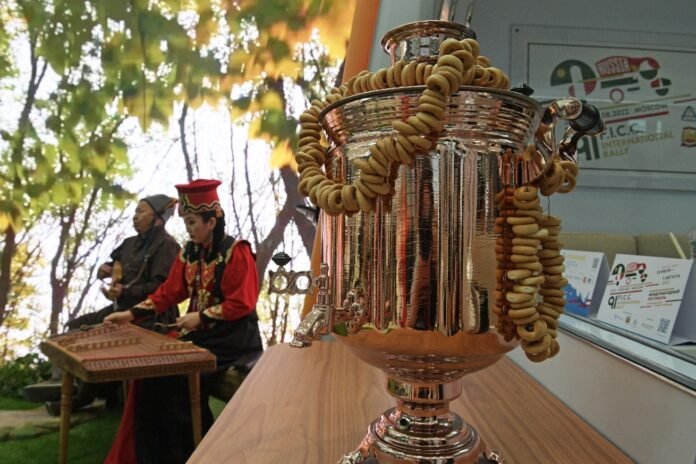 The publication quotes from Dostoevsky’s novel “The Teenager” that among all the disasters and misfortunes, the samovar is what Russians need most, “especially during terrible, sudden and grotesque misfortunes.”

The article* notes that this element of Russian life has become “a true center of attraction for the family.” In Japan and China, there is a special heating container called a hot pot, but it is not used for boiling water and making tea, but for preparing various dishes.

This beautiful image is reflected not only in national culture, there is “Madame Samovar” (Madame Samovar) in the French dubbing of the Disney cartoon “Beauty and the Beast”, whose original name is “Mrs. Potts”, the article notes This is a feminine character, sincere and affectionate with others. To emphasize the family meaning of this character, the French translator used the word “samovar”.

* This article was published in the special issue of Global Times “Rossiyskaya Perspekt” and its content is provided by “Rossiyskaya Gazeta”.