HomeLatest NewsHundreds of kiosks selling newspapers and food will be demolished in Perm...
Latest News 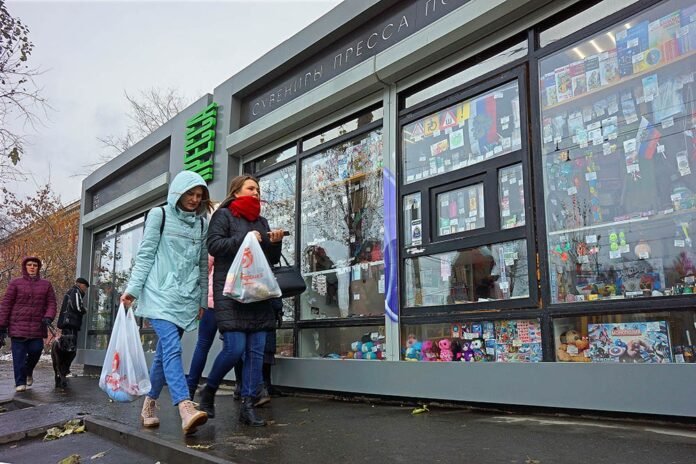 The war between the authorities and the kiosks began more than four years ago. At first, everything seemed that the municipality was setting reasonable rules for the game: if you want to put a kiosk in the neighborhood, kindly make benches, fences, a children’s playground. Then it turned out that the authorities arbitrarily interpret the result of the improvement and there is no guarantee that the kiosk will ever be installed. Then representatives of the media and the public went to court. Having gone through all the instances, including the Constitutional Court, they won. The placement of non-stationary retail facilities in the contiguous territories in Perm was allowed.

But it didn’t end there. The authorities presented businessmen with a new incomprehensible requirement: “The NTO does not correspond to the established physiognomy.” This included parameters such as the dimensions of the pavilions and even, who would have thought, the materials with which they are made.

In addition, local authorities did not pay attention to the Russian government’s recommendations on supporting small-format business enterprises when the coronavirus broke out. Although it was clearly indicated on them: do not “nightmares”, do not force them because of the point of placement, because of the appearance, other parameters, just let them work. The federal authorities even introduced an additional measure to support entrepreneurs, according to which the term of leases for non-standard retail facilities, which expires from March 2022 to March 2026, is extended by seven years. No bidding. That is, they simply reached the city government, signed the extension and continued working.

However, even here the Permian authorities found a clue to crush the business. The officials suggested: let’s conclude an additional agreement, well, so that after the expiration of the term it is not demolished, and then, they say, we will figure it out.

When it came to the execution of the decree of the government of the Russian Federation, Perm officials, says the head of the Perm regional branch of the Small-Format Trade Association Sergey Zekunov, gave a setback: “additional agreements are not a full-fledged extension of contracts.” Therefore, legally installed kiosks and pavilions must be demolished, effective January 1, 2023.

Officials intend to deal with the toughest newspaper pavilions. They are scheduled to be permanently and irrevocably demolished, without providing any alternative location. Starting in the new year, 20 people will be sent under the knife, distributing, among other things, Rossiyskaya Gazeta.

However, there is still hope that the authorities will continue to listen to business. When else will a miracle happen, if not in the New Year.

The Yekaterinburg city administration announced plans to reduce newspaper pavilions in 2018. The hijacking was explained by “a qualitative transformation of the modern environment”, that is, priority was given to large surfaces and shopping centers. Only an appeal to the country’s president and the intervention of the Sverdlovsk business ombudsman Elena Artyukh helped to postpone the transition to a new scheme for locating non-standard retail facilities for three years.

But this fall, the new mayor of Yekaterinburg adopted a resolution on the removal of illegally installed kiosks. The document describes in detail the mechanism for determining the “legality” of an object, as well as the procedure for its dismantling. Despite the fact that from now on they promise to decide the fate of the ONT collectively -by a special commission of 5-7 officials in each district- the distrust of the “kioskers” does not diminish.

– The new document, – says Denis Rudakov, representative of the owners of non-standard retail facilities, – gives the administration the right to unilaterally terminate the contract for the placement of the kiosk and dismantle the facility. All comments from the owners were rejected for formal reasons.

Kiosks are especially unlucky. The once powerful network of “Rospechat” has long been decentralized, individual individual entrepreneurs are fighting for their very existence. And it is often impossible to open kiosks in new areas: according to the owner of several pavilions, Olga Shcherbakova, the land does not belong to the municipality, but to the developer, who has his own rules. For example, in Solnechny, a developer demands 20,000 rubles a month “for a place” – the rent is unrealistic, so there are no kiosks there, although the need for them is enormous.