HomeLatest News“I am to blame”: Slava's husband said that he loves the singer...
Latest News

“I am to blame”: Slava’s husband said that he loves the singer and wants her back 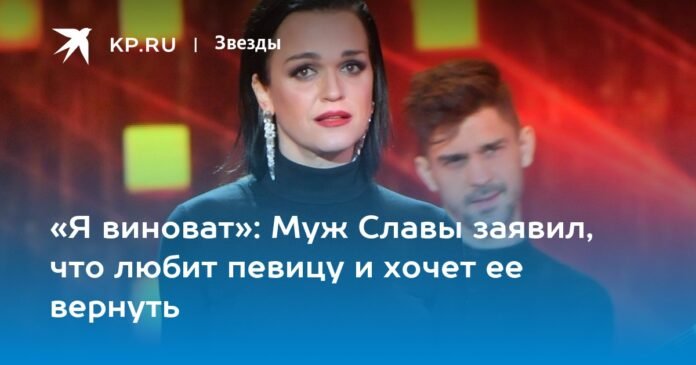 Singer Slava (Anastasia Slanevskaya) recently made a strong statement about breaking up with millionaire Anatoly Danilitsky. The couple lived together for almost 20 years. Slava did not disclose the reasons for her divorce, but according to her, it is clear that she is very offended by her husband, although she does not admit it. The artist hinted that the problems in her marriage had been accumulating for several years, and now she decided to end this relationship.

“I don’t want to tell you the reasons, because there were a lot of good things, but in recent years there have been a lot of bad things. I am beautiful, beautiful, talented, ready for a new relationship. Introduce. I will be happy to meet a sexy, beautiful, rich, responsible and loving person. Make sure you smell delicious. This is how it happens,” Slava, 42, told her fans.

The star’s husband, 70-year-old Anatoly Danilitsky, decided not to ignore this statement and for the first time commented on their breakup. The businessman expressed his version of what happened in the comments. The businessman admitted that he still loves Slava and hopes to return her. And if he can’t come back, he’ll at least keep friendly relations.

“I am Anatoly. Nastya’s husband. Antonina’s father Everything that Nastya said is an emotional reaction to the problems that we have accumulated. We could not meet and discuss seriously. It’s my fault. Largely. However, I love her and I want to maintain good relations if it is impossible to return to the time when we were inseparable, “admitted the man.

The singer lived with Anatoly Danilitsky for 18 years.

It is not known whether the former spouses managed to talk heart to heart. But they managed to meet. On December 24, Anatoly and Anastasia met again at their daughter Antonina’s birthday party. The star’s heiress celebrated her 11th birthday, on this occasion her parents gave her a fun party.

“Happy birthday Toshenka! My beloved, my desired and long-awaited, my-my! Daughter, be the happiest and most beloved,” Slava wrote on social media.

Slava decided to celebrate Tony’s birthday in a landscaped park. Anatoly Danilitsky also joined the celebration. Slava published a video on social networks, where she communicates comfortably with her ex-husband.

“Children – walks, parents – port wine,” the singer joked, pointing to Anatoly in the background. True, later in the restaurant at the common table the spouses were already sitting separately.

Slava met Anatoly Danilitsky, former CEO of the National Reserve Corporation, at the dawn of his show business career. The businessman was 28 years older than Slava, and, moreover, he was married, but this fact did not bother the singer. For the sake of Glory, Danilitsky broke up with his wife and moved to a young darling. He adopted Slava’s daughter from his first marriage, Alexander, as his own. In December 2011, a common daughter Antonina was born to common-law spouses. When Slava was pregnant, Danilitsky offered to formalize the relationship, but in the end they never reached the registry office. And recently it became known that the couple has been living separately for a year, in different apartments.