“I love abusers”: Agata Muceniece revealed the details of the new novel 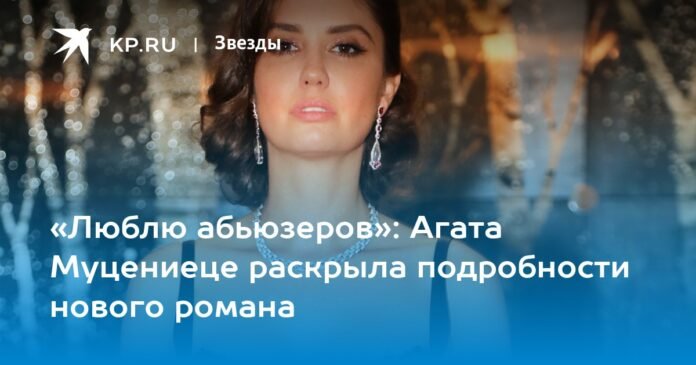 Agata Muceniece said that she was happy in a new relationship. The actress did not name her new chosen one, but she hinted that she is quick-tempered and very jealous. Muceniece’s ex-husband Pavel Priluchny was distinguished by the same temperament. The Major star was married to Agatha for nine years, she bore him two children: Mia and Timofey. The couple parted in no way friends. Muceniece accused her husband of abusing alcohol and raised her hand against her. Pavel said that she slandered him for the sake of PR.

Muceniece after the divorce was alone for a long time and did not start novels. In a new interview with the Turnkey YouTube channel, she shared her taste in men. The actress herself admitted that she likes the character of the werewolf in the book “The Holy Book of the Werewolf” by Viktor Pelevin. The interlocutor of her, the writer Alexander Tsypkin, was clearly discouraged: he noted that the character was rude and rude.

Tsypkin, puzzled, replied to the actress that the character was an abuser.

“Yes, I love them! I love abusers! It really is true! Recently, I started to fully communicate with a young man. And he is also such a jealous abuser! How I adore! He still holds on,” Muceniece shared.

Pavel Priluchny and Agata Muceniece were married from 2011 to 2020. After the divorce, Agatha never found her happiness. The actress admitted that she had several novels. However, she quickly called it off because she felt that this was not the relationship she wanted.

But Pavel was quickly consoled after parting with his wife. A month after the divorce, he was on vacation in the Crimea with a theater colleague, Miroslava Karpovich. And in August of this year, he played a magnificent wedding with the actress Zepyur Brutyan.

In an interview, Priluchny called her life after her divorce from Muceniece “three years of hell.” In response, Agatha left a philosophical comment on social networks, which many call a warning to her rival, the current wife of Priluchny Zepyur Brutyan.

“If he were looking for me in the future for some, in this relationship, he would have priority in honesty. I am not satisfied with a beautiful image on social networks, which then turns into hell. A man can have a chance to cheat on you, you can even leave him, but in the end he just shouldn’t want to do it, ”said Agatha.

Remember that in the same interview, Pavel admitted that he had his eye on the petite brunette Zepyur during his marriage to Agatha. True, the actor made a reservation that his relationship with his wife at that time was no longer developing in the best way.