Iberdrola expands its green capacity in Spain after the environmental visa 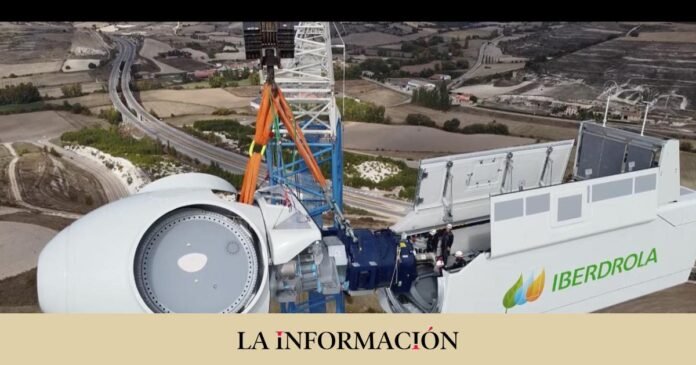 Iberdrola gets the environmental green light, in a complicated context for renewable visas, to develop the Iglesias wind farm in Castilla y León, in Burgos, and has a capacity of 70 MW, since it will have the most powerful wind turbines in onshore wind power in the world manufactured by Siemens Gamesa, the first equipment of the 5.X platform in Spain.

The company adapts this new wind energy production facility to meet all environmental requirements. Likewise, it will generate enough clean energy to supply more than 66,000 homes per year and will prevent the emission into the atmosphere of 32,000 tons of CO2 per year.

With an investment of approximately 72 million euros, the construction of this wind farm will have an important local component, since it will use civil works companies, such as Copsa, Burgos, labor, carriers, suppliers of raw materials (aggregates, concrete , steel, prefabricated, etc.), cranes, auxiliary means, etc., as well as the promotion of industrial suppliers. It is expected that in peak work periods, up to 260 professionals will be involved in the project.

It will also have a regional vision, the gondolas will be assembled at the Siemens Gamesa plant in Ágreda (Soria) and the 6 MW wind turbine gearboxes with a 170-meter rotor will be manufactured in Lerma (Burgos). Likewise, different regional and national suppliers will be in charge of producing different components, such as the towers of the wind turbines in Avilés and Linares.

Iberdrola has fully integrated into its strategy the conservation of the biological diversity of ecosystems, demonstrating that the supply of competitive, clean and sustainable energy can coexist effectively with the balance of the environment.

In this way, the company continues to implement solutions to promote the coexistence of renewable facilities and the habitats in which they are developed. Iberdrola will launch various initiatives at this wind farm to improve the visibility of its wind turbines and deter the presence of certain species of birds in the area, installing bird detection equipment in order to avoid any collision.

With this new wind farm, Iberdrola will reinforce its commitment to Castilla y León, which is consolidating itself as a relevant center for renewable developments in the company’s investment cycle by 2025, where it already manages more than 5,100 MW, positioning itself as the autonomous community with the most autonomy ‘green’ megawatts installed by the company.

iberdrola promotes renewable energy as a motor for rural development and in this way the towns emerge as a guarantee for the future, this is the case of the Castilian and Leonese towns, surrounded by wind farms and photovoltaic plants that, allowing the creation of local employment.

In the province of Burgos alone, Iberdrola has recently built or developed more than 550 megawatts between seven wind farms. The company is immersed in the construction of the Valdemoro and Buniel wind farms, and has recently commissioned its first photovoltaic plant in Castilla y León -Revilla-Vallejera-.