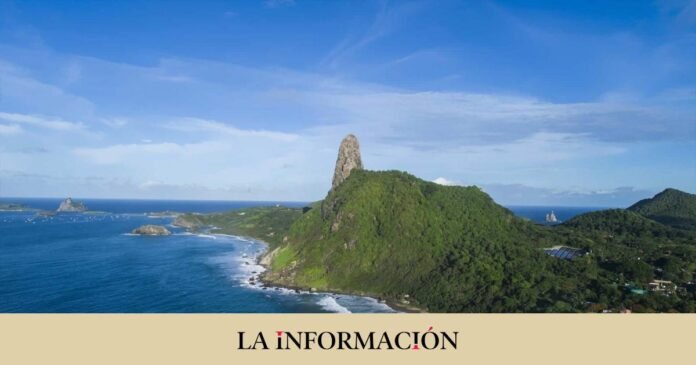 The Iberdrola group takes a step forward in the development of sustainable energy solutions, and has announced that its next project will be installed in Brazil, through its subsidiary Neoenergia, the company’s first floating photovoltaic plant in the world. The project will be built on the water sheet of the Xaréu dam, on the island of Fernando de Noronha, recognized by Unesco as World Natural Heritage, where the company chaired by Ignacio Sánchez Galán is developing different projects.

This initiative is carried out together with the Companhia Pernambucana de Saneamiento (Compesa), which operates the water and sewerage distribution network throughout the island, and with the support of the Energy Efficiency Program regulated by the National Electric Power Agency of Brazil (Aneel).

With a power of 630 kilowatts (kW), the floating plant will generate some 1,240 megawatt hours (MWh) per year of green energy, enough to cover, with kilometer zero electricity supply, more than 50% of Compesa’s energy consumption on the island.

The facility will have about 940 panels that will prevent the emission into the atmosphere of more than 1,660 tons of CO 2 per year. The construction of this project, which is scheduled to begin before the end of the year, will involve an investment of two million euros. The development of its first floating solar power plant will allow the Iberdrola group to test this new technology and analyze its possible expansion.

This plant joins the sustainable projects developed by the company to provide renewable solutions and promote the other ecosystem of the island, the only inhabited volcanic archipelago located in the northeast of Brazil, in the waters of the Atlantic Ocean.

Among these initiatives is the recently inaugurated Vacaria solar plant. This is the first of the two parks, of 50 kW each, designed to exclusively supply electric vehicles. In the event of a surplus, the excess energy will be poured into the distribution network.

The construction of these facilities is part of the ‘Senda Verde’ project developed by the Iberdrola group within the Aneel R&D Program, in which it has partners such as Renault and the Telecommunications Research and Development Center (CPqD), among others.

Thanks to this initiative, the island now has ten electric vehicles for tourism and district administration purposes. In addition, the installation of 12 new charging points in strategic rooms is planned.

The company also intends to promote the use of electric bicycles among approximate tourists and residents of Fernando de Noronha, whose area is 17 square kilometers. To this end, the installation of 24 charging points at four stations has begun.

The energy consumed by this equipment – which will be donated to the Pernambuco State Government – will be generated by solar panels installed on the roof of the structures, which will allow its use free of charge.

The group has also promoted the development of small renewable sources that make it possible to displace the use of diesel generators, responsible for 80% of the energy consumed on the island. With this objective, the company has implemented nine self-consumption photovoltaic systems in homes, businesses, public bodies and non-governmental organizations.

Additionally, it has the Noronha I and II solar plants that, with a generation of 100 MWh per month, covers about 10% of the island’s energy needs. These parks have a storage system with two lithium ion batteries that allow the storage of unconsumed solar energy to be used during peak demand.

The territory of Fernando de Noronha has also been the first in the northeast of Brazil to have smart electricity grids and for the last year has enjoyed a completely renovated meter park. The new equipment allows remote access, a better service in case of incidents and the possibility of connecting green self-consumption equipment.

Added to these measures are other initiatives such as the replacement of old refrigerators with more efficient models and the donation of energy-saving light bulbs to the residents of the archipelago. This set of actions for sustainable mobility, technological innovation and expansion of clean energy sources constitutes a demonstration of the viability of a clean and reliable business model that contributes to decarbonisation and energy self-sufficiency, in an ecosystem.

Share
Facebook
Twitter
Pinterest
WhatsApp
Previous article
What do the words of Estonian President Adar Karis mean about the nonsense of the fight against the Russian language?
Next article
Prince Harry on Charles III’s father’s coronation visit: It’s all in his hands KXan 36 Daily News