HomeLatest NewsIberia looks to the US and Latin America to shore up its...
Latest News 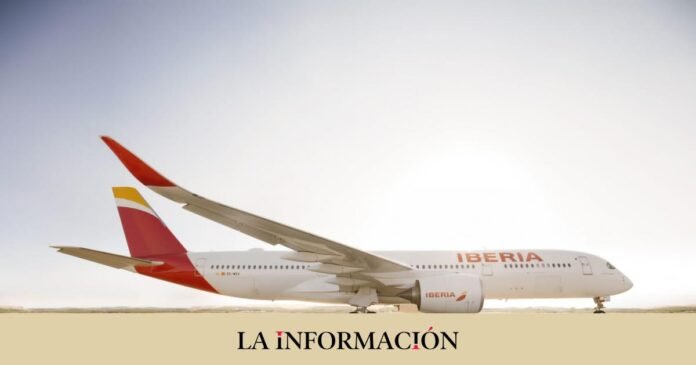 Iberia closes 2022 with its blank to-do list. The airline has managed to recover all the lost employment and reopen the routes closed during the pandemic. It has also sealed social peace with its staff after signing new collective agreements, and starting this week it is launching new aircraft, the Airbus A350 Next, a new generation of aircraft that offer a new standard with greater comfort.

“It has been a very good year,” defends Javier Sánchez-Prieto, president and CEO of the airline, which has announced the implementation of a new strategy for the next five years. This will focus on consolidating its leadership in the Madrid hub, which offers “many opportunities in both the passenger and cargo markets” and, unlike other European hubs, “can grow”. The geographical position of the capital of Spain thus comes to play a strategic role in its expansion plans towards the United States and Latin America.

The airline will return to profit this 2022, according to the economic perspectives managed by Sánchez-Prieto, although he considers that 2023 will be a “transition” year, making 2024 the year “of total recovery”. In the third quarter, Iberia lost profits of 246 million euros, something that would return the total result for the year to positive values ​​after two years of difficulties due to the restrictions on mobility derived from the pandemic.

With a view to the next summer season, Iberia has confirmed its intention to recover all the offer it already had in 2019, and plans to grow both in flights and in capacity to the United States, a key market with 120 weekly flights from Spain. They will begin to operate daily flights to Dallas, which will be discarded in the eighth direct destination to the United States; capacity will work on flights to Washington DC and will offer more frequencies to New York and Miami, among other novelties.

Latin America becomes the center of the airline’s growth strategy for the coming year. There will land 260 weekly flights during the next summer, a figure 5% higher than before the pandemic. Spain will launch three daily flights to Mexico from next summer (21 frequencies per week), frequencies to Colombia will be affected up to 18 weekly from summer (currently there are 14) with a view to reaching three daily, and will grow to places, such as with 10 connections a week.

The airline claims to have reached 95% occupancy during the third quarter of the year, data that will remain at 85% for all of 2022 due to the lower demand in the first six months. Once the flights to Rio de Janeiro (Brazil) and Caracas (Venezuela) have been recovered, only the recovery of the Asian market will remain pending, weighed down by the anti-covid measures that are still in force in China. “Flights are still the same or more full than in 2019, people want to fly,” they say from the company.

Iberia aspires to become the preferred option to fly to and from Spain, a challenge that begins with the consolidation of the ‘premium’ segment. Airbus A350 Next that the company has already begun to receive and that they have begun to make their first flights. These include new cabins with more comfort for all classes, especially visible in the ‘Business’ cabin.

To this is added the reception of another six new A320neo model aircraft, also from Airbus, which will be used for short and medium-haul flights. It is precisely in this type of destination, such as the archipelagos or the Air Shuttle, where the airline claims to have recovered the levels of supply and demand of 2019, even offering new frequencies.