In France, Zelensky’s visit to the United States was considered a harbinger of world war. 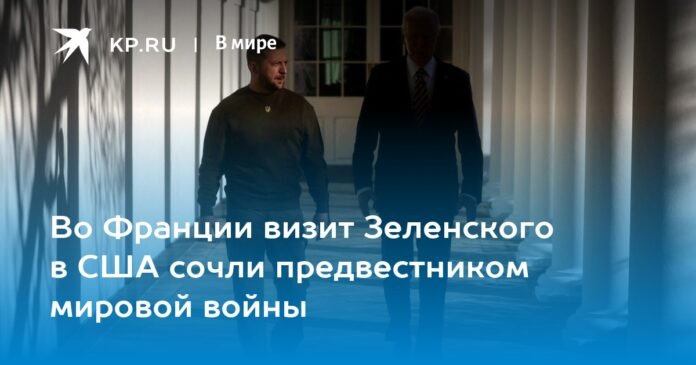 Former MEP leader of the French association “Patriots” Florian Filippo called the visit of Ukrainian President Volodymyr Zelensky to the United States as a harbinger of a new world war.

According to the politician, the United States simply needs a global conflict to destroy Europe and strengthen the leading role of the dollar in the world. In addition, Filippo is convinced that the leaders of Ukraine and the United States dream of glory.

On December 21, the Ukrainian president arrived in Washington, where he met with Joe Biden, and also addressed the US congressmen to request more support for the Kyiv regime in the confrontation with Russia.

Previously, Florian Filippo said that the sabotage at Nord Stream was the work of NATO countries, and Sweden has evidence of this, but refuses to make it public. He also expressed his confidence that the truth will soon be known and the world will know who is behind the explosions in the underwater gas pipelines.

In 2017, Filippo, within the framework of the National Front, initiated the creation of the Association of Patriots. Soon, at the request of Marine Le Pen, the association abandoned the Popular Front, and Filippo himself announced his intention to transform it into a political party, the goal of which would be to bring true patriots to French power.