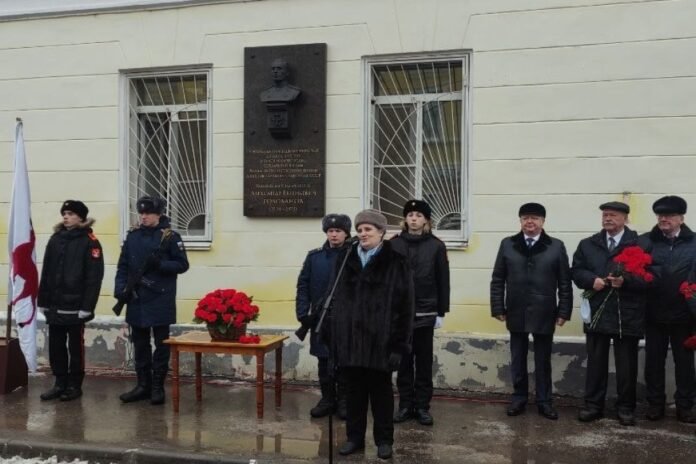 The monument was inaugurated on December 23, the day that is considered the founding date of long-range aviation. For Nizhny Novgorod, it became a milestone even 108 years after the creation of the Ilya Muromets aircraft squadron.

It was Golovanov who raised the question of the need to train Soviet military pilots in the skills of “blind” flight and radio navigation. It turned out that civilian pilots had these skills, but the military did not. The marshal’s subordinates responded to long-range diplomatic flights. At the same time, Alexander Golovanov himself was sitting at the helm of one of the two planes on which the USSR delegation, headed by Stalin, arrived at the Tehran Conference.

Alexandra Evgenievna Golovanova, the marshal’s granddaughter and his full namesake, at the unveiling ceremony of the memorial poster noted that nowhere in Russia had the memory of her grandfather been immortalized in this way before. But in Engels, Saratov region, where modern long-range aircraft are now based, one of the Tu-160s is named after her prominent grandfather.

– The pilots painted a star on the plane, although my grandfather did not receive the title of Hero of the Soviet Union. He said that this title was awarded only to fighter pilots,-said Alexandra Golovanova.

For many years, apart from Marshal Golovanov Street in his hometown, nothing reminded him of the creator of long-range aviation from the USSR. Now, near the Black Pond, a memorial plaque has appeared on the building of the school where the marshal studied from 1923 to 1925.