In Primorye summed up the tourist season – 2022 – Rossiyskaya Gazeta 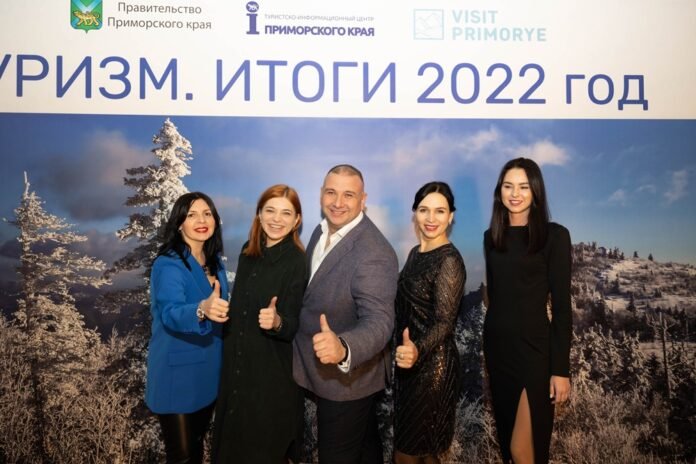 The past 2022 showed the ability of the tourism industry to look for ways out of difficult situations, make such plans and solve such problems that allow it to fully function and provide tourists with the joy of relaxation, new experiences, exciting trips.

“The year is coming to an end, and everyone in the industry has become rich: new partners and friends have appeared, they work on new projects. I would like tourism in Primorye to be the main one for the industry, gigantic in scale and projects, wonderful for guests, important for local residents. I am sure that everyone who works in the industry makes this world a better place. Because traveling is what allows us to know ourselves. from the Primorsky Territory Tourism Agency , Are you sure.

For the past 9 months, more tourists have visited the region than in 2021 for the same period, the annual data will be known at the beginning of 2023, but now, according to preliminary information, this figure may reach three million.

Why do tourists go to the east of Russia? The boundless Pacific Ocean and the Ussuri taiga, amazing gastronomy, the opportunity to go to the embankment in moccasins and go to the mountains in trekking boots in one trip, wonderful flora and fauna, a mixture of Europe and Asia. .. Tourists compare the nature of the region with Scotland, Norway, Iceland and everyone here finds something of their own.

At the solemn synthesis event, 65 people from various structures, companies, departments received thanks from Rostourism, the regional Tourism Agency and the ICT of Primorsky Krai. Those who participate in the organization of events, the implementation of new projects, the development of the hotel industry, the promotion of the MICE industry, the dissemination of gastronomic opportunities in the region, the organization of excursions, the professional orientation of schoolchildren, creating tourism infrastructure, developing local history and patriotic education of the younger generation, promoting the tourism potential of the region on different media platforms and so on. Those who create video content, publish a tourism magazine, maintain video blogs and promote sports were also highlighted. But they all have one thing in common – they make seaside tourism brighter and more interesting, and Primorsky Krai more attractive in the eyes of tourists.

Vladivostok Mayor Konstantin Shestakov congratulated all representatives of the tourism and hospitality industry on the completion of the year, the achievement of worthy indicators.

“Next year will be a breakthrough for Vladivostok and Primorye. There is simply no other city where the stars would align like Vladivostok. Our neighbors in the Far Eastern Federal District are looking forward to our activity. Friends, partners and neighbors from China and Korea are ready to work More In addition, they are increasingly declaring that they are returning to active exchanges of tourist flows.Meetings of the category of one-off events turned into regular face-to-face meetings: Korean delegations came, the mayors of Harbin, Mudanjiang met contacted. The growing interest and the announced plans indicate that next year we will only have time to recruit, to employ people to cope with the expected flow. Our region has always been a locomotive. In the same way, it is It is necessary to “start” the first semester of 2023 so that we can be an example for other regions of the country,” he said.

The mayor of Vladivostok noted that meetings with foreign colleagues are coming. And if the same northern China is determined to attract its compatriots from the southern provinces, then here Vladivostok can become the “chip” that will allow solving the global tasks of increasing the flow of tourists. And it will be a popular destination for both Russian and foreign tourists. The tasks of resuming international air traffic are being resolved.

According to Konstantin Shestakov, the mayor’s office is working to ensure that he can come to Vladivostok without problems, safely and comfortably walk its streets. By the way, 214 million rubles are provided for the city to put the historical center in order in 2023. Also, in the first half of the year, they promise to inform the Russian president about upcoming changes in the appearance of the Far Eastern capital.

Events are considered one of the engines of tourism development. In Primorye, the 2023 calendar of events is very rich: theater, gastronomy, film and jazz festivals, sports competitions, international forums.

“In terms of the number of events, Primorye is among the leaders not only in the Far East, but also among the leaders in the country. The number of gastronomic events and events that were organized in the region with all the participation of colleagues present in the hall and not only surprises and delights By preparing and holding events at all sites, we were able to combine what is the main direction in tourism – to attract residents from different parts of the country to the region.People purposefully went to Primorsky Krai, bought tour packages, searched for places of recreation and sights that are only interesting “But we are not only interested in increasing the tourist flow, we are working to improve the quality of the services provided. And tourists come to us for the purpose of getting acquainted with Primorye. The representatives of the industry gathered in the hall are professionals in their field, who have managed to create conditions for the development of tourism and increase the image of the region, because it is in the tourism than the understanding that Primor is delicious, tempting and mysterious. And to feel it, you just need to “dive” into Primorye”, added Vitaly Stanislavchuk, Head of the Department of Programs and Analysis of ICT Primorye.

The outgoing year was also evaluated by those whose activities were noted.

“Just a year ago, I was an inexperienced beginner. In a year I learned a lot, met colleagues, partners, ideas came up, I understand how to make plans and move towards the goal. And such events are to consolidate the achieved success and strive for new horizons”, – says the director of the Chuguevsky hotel “Light in the window” Svetlana Dronina.

Igor Skikevich, the first Russian extreme para-traveller in a wheelchair, shared his plans: “We have conceived a motivating expedition around Primorye for children from orphanages. In winter, they have local history and history lessons, but this is all theory – for real”.

“Last year, the industry showed good results. Despite all the ups and downs, we did it. We hope that the support measures and the funds invested by the regional and federal budget will work, and we will see the result in the near future. In in in particular, in the Khasan district, where 1 billion rubles will be allocated to infrastructure, especially roads, over the next three years Lazurnaya, Livadia, Arsenyevsky complex “Belaya Gora”, support for projects in municipalities, for example, in Dalnegorsk and Lazo , are also planned, “summed up the work of the industry and Nikolai Stetsko, vice-president of the Primorsky Krai government, announced the plans.

Share
Facebook
Twitter
Pinterest
WhatsApp
Previous article
Repsol seals an alliance with Fnac to sell its electricity and natural gas rates
Next article
Has the company given you a Christmas basket? You must declare in the IRPF