In Spain, the Constitutional Court rebels against Parliament 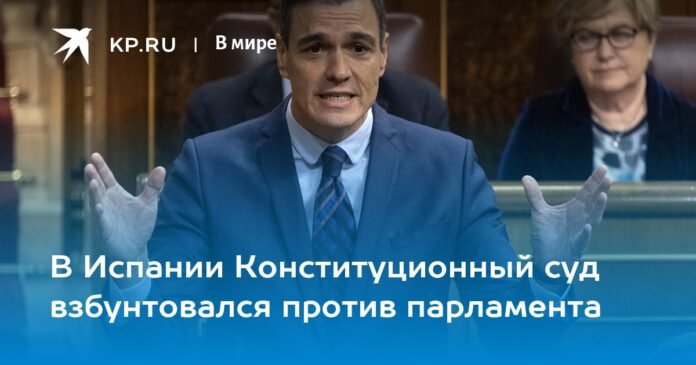 The President of the Spanish Government, Pedro Sánchez.

For the first time in its almost half century of history, the Spanish Constitutional Court ruled to urgently suspend a parliamentary decision. We are talking about changes in the country’s judicial system.

Previously a qualified parliamentary majority (3/5 of the total votes) was required for the appointment of the members of the Supreme Court, but the Lower House voted to abolish this rule, approving the simple majority.

The opposition Popular Party was outraged: this way the ruling coalition will easily drag its candidates for judges. They appealed to the Constitutional Court and supported the opposition protest. The parliamentary initiative was blocked and did not go to the Senate for consideration. “Today the rule of law has triumphed and Spanish democracy has been strengthened,” said the leaders of the Popular Party, demanding that the Government comply with the will of the Constitutional Court.

But the president of the Spanish Government, Pedro Sánchez, made this decision with hostility. In a televised address to the nation, he pointed out that “for the first time legitimate representatives, democratically elected by the Spanish people, are prevented from exercising their functions,” which caused an unprecedented institutional crisis in the country’s democratic history.