In the Altai industry, 2022 was marked by positive trends KXan 36 Daily News 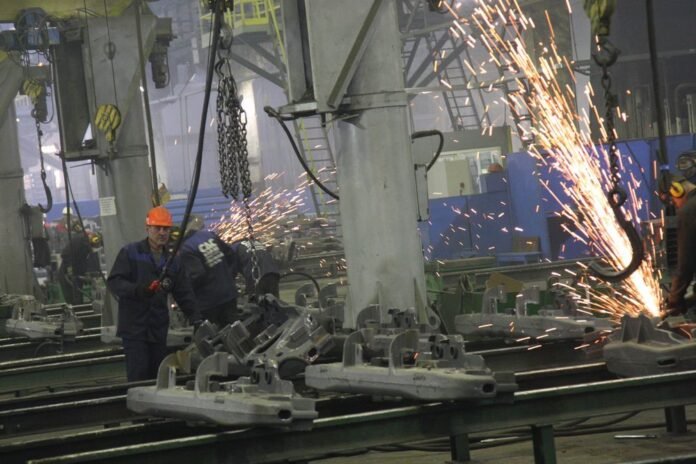 The largest growth occurred in the defense industry (by 28 percent), agricultural engineering (11 percent), automobile construction (23 percent) and engine building (1.6 times). Good behavior in light industry and boilermaking. Production in the chemical industry collapsed: the Barnaul tire plant suffered due to fluctuations in the currency exchange rate. Since the summer, tire manufacturers have been keeping part of their products in warehouses due to unfavorable exchange rates for exports, but now this has played to a certain extent: initially, the sale of warehouse stocks will allow you to earn income. (plus, the dollar has grown).

Production at Kuchuksulfato began to grow again, where difficulties arose due to the refusal of European buyers for the sodium sulfate produced by the company. Now the plant has almost reached the monthly average load level, which was before the imposition of sanctions. At Altaikoks (Zarinsk), production is still 94 percent of the previous year’s level. The company works closely with the Novolipetsk Iron and Steel Works, and a drop in metal demand will inevitably affect coke production. In general, industrialists began to invest more actively. The regional Ministry of Industry predicts that by the end of the year, the volume of capital investments will exceed 16 billion rubles (in 2021 it was 15.2 billion).

This year has set several trends. The first of these is the growth of wages in manufacturing companies. On average, it rose 17.7 percent. There has been no such growth in the last decade. It is possible that at the end of the year the salary will go up 20 percent.

– Enterprises began to actively compete with each other for qualified personnel, – explains the Minister of Industry and Energy of the region Vyacheslav Khimochka. – The main trump card here is the salary. This is a good trend, but we must understand that it appeared due to the increasing shortage of personnel.

The second trend is largely generated by the first: companies have begun to actively participate in the automation of production processes. This year, robotic welding production facilities were installed at five enterprises, in particular, in Altaivagon, Tonar, Martik and in the Rubtsovsk Technopark. Others are next in line: an automated welding complex replaces several welders. A good welder now receives a salary of at least 80-100 thousand rubles (in one of the companies – 150 thousand). In general, ways to solve the personnel problem is a separate big topic, and RG will return to it.

The third trend was born from the active use of funds from federal and regional development institutions.

– Three years ago, our industrialists did not choose even 70 million rubles of subsidies included in the regional budget, – recalls Vyacheslav Khimochka. – Together with the regional deputies and the Ministry of Economic Development, we have slightly reconfigured the support tools, removed some barriers. For example, previously a company could not qualify for financial assistance if the average salary was below the industry average. A coefficient of 0.8 has now been introduced for such companies. In May, the industry received 200 million rubles of financial support. In the same month, the governor signed a decree subsidizing companies with sharply increased interest rates on loans for working capital; for this purpose, the regional authorities allocated another 200 million rubles. Of these, 140 million were chosen, then the rate was lowered, the need for such a support measure disappeared, the remaining 60 million were transferred to other areas, and also dispersed between companies. Another 100 million were allocated for the support of the Ministry of Industry and Trade of the Russian Federation.

In general, Altai industrialists received free and irrevocable financial assistance from the regional budget in the form of subsidies in the amount of 500 million rubles.

– For a long time, we were held back by a lack of investment and an excessive tax burden. Now a lot is changing, the state has begun to provide active support, and there is an understanding that we must work on our own. There are many advanced ideas on import substitution in industry in the region. Our people are talented. The Germans came to our plant and admired what fitters work here, – says Viktor German, Chairman of the Board of Directors of the company “Altai Precision Products Plant” (AZPI).

AZPI received a proposal from Belarusian colleagues to produce fuel equipment for BelAZ trucks. This is a signature challenge this year: very difficult, but also very tempting. The people of Barnaul accepted it.

Carbon LLC, which is part of the Rosa Group of Companies, received strong financial support from the Industrial Development Fund of the Russian Federation – 525 million rubles. In “Karbon” in industrial volumes – more than eight tons per day – activated carbon will be produced from buckwheat, oatmeal and sunflower husks. The unique technology was developed under the leadership of the founder of “Rosa” Yuri Yurchenko. The equipment has already been purchased, commissioning work should start soon. Large innovative projects are being carried out at other enterprises in the region, in particular, in “Melanzhist Altai”, where both the production of fabrics and clothing are expanding.

Another trend is related to the emergence of technoparks in the region. Until 2022, there was not a single industrial technology park or industrial park in Altai. The adoption of an individual program for the socio-economic development of the region made it possible to attract 1.5 billion rubles for these purposes, from the federal budget. The “South Altai” technology park was opened in Rubtsovsk, the “Altaibiotech” technology park is being created in Biysk, the “Component” technology park will appear in Barnaul.

– Essentially, a technopark is a new plant with collective access to high-tech equipment, the purchase of which was financed from the federal budget. Various companies can use this equipment, noted Vyacheslav Khimochka, Minister of Industry and Energy of the Altai Territory.

During the ten months of 2022, companies in the region produced products worth 530 billion rubles (22 percent more than the previous year). Production in processing industries amounted to 3.6 million rubles per person (30 percent more than last year). To bring the figure to the level of the Russian average, a serious renovation of the main production assets is needed. The main risks remain the depreciation of machinery and equipment (over 60 percent) and a high share (35-40 percent) of imported equipment in many industries. Foreign spare parts and components after the start of the SVO became practically inaccessible.

Share
Facebook
Twitter
Pinterest
WhatsApp
Previous article
Will Ukrainian neo-Nazis get Leopard 2 tanks from Finland?
Next article
In Khabarovsk, a man was sentenced to 12 years for throwing his concubine off a balcony KXan 36 Daily News