In the United States, after a strong blizzard, Americans faced a lack of food and fuel KXan 36 Daily News 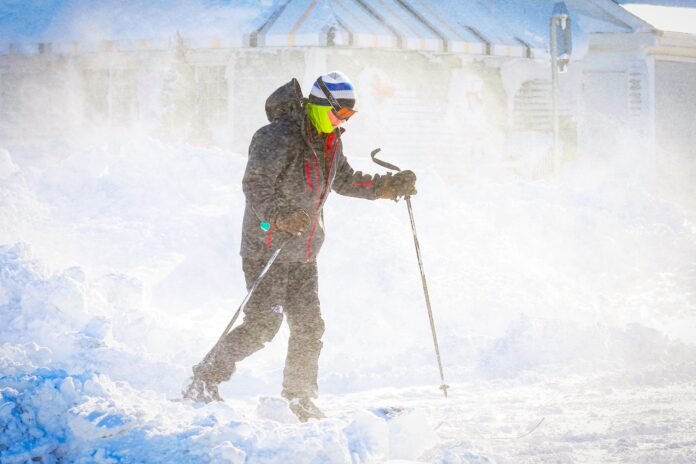 There is not enough food for everyone

The death toll from Storm Elliott in the United States has risen to at least 57, according to NBC News. The highest death toll has been in New York state, where 30 people died as a result of a massive lake-effect blizzard, Gov. Kathy Hochul said. This effect occurs when cold air passes over warmer, unfrozen lake water, causing moisture and heat to be transferred to the lower parts of the atmosphere. The air then rises to form clouds, resulting in heavy snowfall.

In Buffalo, where at least 18 people have died, two of the largest supermarket chains have been closed since Friday, and the latest forecast calls for another 6 to 12 inches of snow Tuesday. Hundreds of cars to the roof were chained in snow captivity. Residents on social media post photos of looters looting stores and gas stations, but almost all US media are silent about it.

Desperate pleas from Buffalo residents flooded social media groups dedicated to post-storm recovery. One person asked for replacement diapers for twin babies and another asked for cold medicine for a sick toddler. Several people made rush orders for baby food. “Very little food, we’re stuck in our house,” wrote a Buffalo resident with four young children. “I started to get a little panicked when I looked outside and saw even more snow.” supermarkets in the Buffalo area.

If there is no water in the faucet…

Burst pipes left thousands of residents in Jackson, Mississippi, without running water on Monday. Jackson officials said there were “significant leaks in the system that we have yet to identify.” Chokwe Antar Lumumba, the town’s mayor, cited “cold temperatures” which had dropped to 11 degrees on Thursday and said crews were working with the Environmental Protection Agency to restore pressure.

On Sunday, the city issued a boil water advisory and asked residents to turn off the taps. He also called for companies and churches to be checked for leaks. “Most Jackson residents again have no water pressure,” Rep. Ronnie Crudup said Monday.

With frost engulfing much of the country, several other cities are experiencing similar water problems. Residents of Shreveport, Louisiana, and Florence, South Carolina, had little to no water pressure due to burst pipes, and Memphis, Tennessee, issued a boil water warning Monday. Authorities have asked residents to limit non-essential water uses in an attempt to fix water leaks that they say could take days.

The planes are at rest

Airlines continue to cancel thousands of flights in what is becoming a Christmas nightmare for many as winter storms continue to wreak havoc across the US and show no signs of stopping, according to ABC News. Southwest Airlines leads the pack with 2,765 or 68 percent of its flights canceled Monday due to a reported system outage.

On Christmas Day, 42 percent of Southwest flights were canceled and 48 percent delayed, according to FlightAware. The outages add to the chaos that has left people stranded in airports across the country, many with no idea when they can get home or where their bags are. Southwest’s number of canceled flights is more than 10 times that of Delta, which has the second-highest number of canceled flights by a US carrier with 265 canceled flights. Other airlines also ordered large-scale flight cancellations last week, according to National Public Radio.

Angry Southwest customers took to Twitter (banned in Russia) to share their frustrations with delays, cancellations and long wait times. “As the country experienced extreme winter weather for several days in a row, the ongoing issues are taking a heavy toll on our customers and employees, which is unacceptable,” Southwest said in a statement posted online.

Hundreds of American Airlines, Jet Blue, Delta and United flights have also been canceled or rescheduled. Buffalo Niagara International Airport announced Monday that it would be closed until Wednesday, with staff working “24 hours a day” to reopen the airport.

Share
Facebook
Twitter
Pinterest
WhatsApp
Previous article
The first lady of the United States said that Joe Biden gives her his poems every Christmas KXan 36 Daily News
Next article
In Krasnoyarsk, a case was opened about the loss of 60 million during the construction of the Universiade KXan 36 Daily News